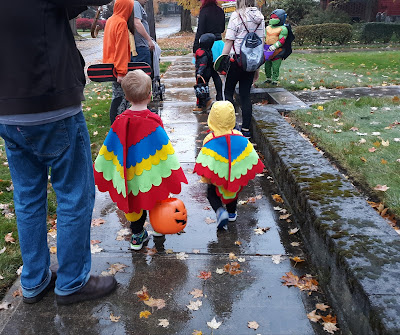 Trick or treat was Saturday and just like last year it rained for the duration.  We still had fun.  I made wings and tails for both the little ones and they went as parrots.  My husband and I were pirates.  I was pleased with how the wings turned out but they ended up being really heavy with all of those layers of felt, something I was worried about.  The kids liked them and had a good time.  The youngest is too young to understand the whole trick or treat thing but discovered that he is deeply in love with Reese's peanut butter cup candies. 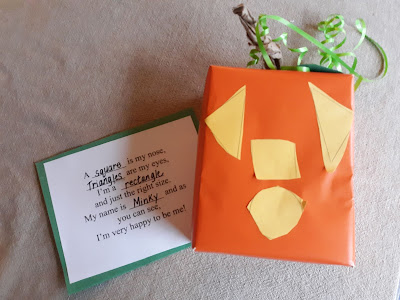 The oldest made this at pre-school.  The pumpkin's name is Minky, which is just hilarious. 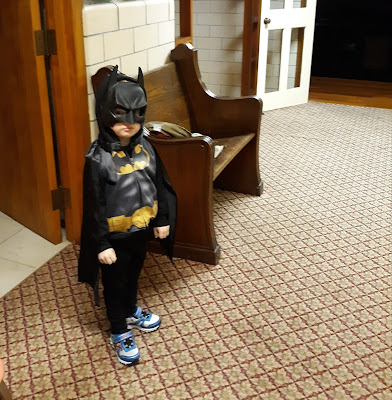 He wore a Batman suit to pre-school yesterday. It was just his regular sweatshirt and pants plus a cape and a mask.  They had a little parade for the parents which was cute. 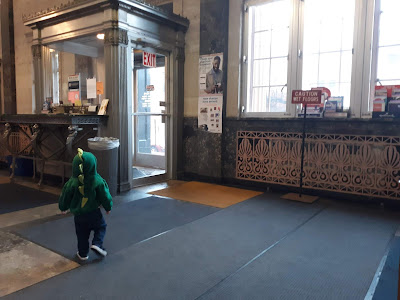 The youngest has been wearing his dinosaur sweatshirt everywhere as it's been nothing but cold and rain.  Lots and lots of rain. 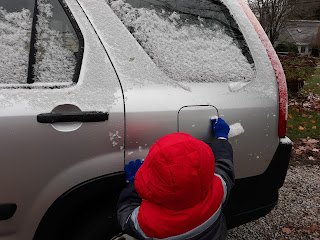 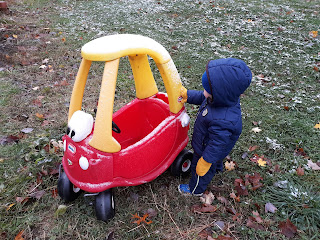 We woke up this morning to snow.  Just enough to lightly coat everything but enough to let us know the cold is coming.
Posted by Cottontailfarm at 9:24 AM