Here we are nearly two weeks into life with a third little one. It's been a whirlwind.  The days are so full that there is hardly anything left of me once bedtime comes. The oldest, Mr. H, is absolutely in love with the baby, although he has not quite forgiven us for not naming the baby Ben. As in the cartoon character Ben 10 who has alien powers and travels around in his Grandpa's RV. "You ruined his name on purpose!" we have been accused.  Which is really pretty funny. The middle one, who was until recently the baby of the family, Mr. A is 2 & 1/2 years old and incredibly suspicious of the whole thing.  Lots of stinky looks and needing extra hugs, don't we all at the moment.  Even good change is still change.
The baby is doing wonderfully and getting cuter by the day. My husband and I can't get over how easy newborn #3 is after already going through it twice. 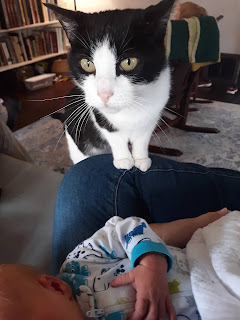 Bee is thrilled with her new people kitten.
We have cautiously had visitors over and are really humbled by the meals and gifts that have been dropped off. We miss our friends badly, miss being able to share this event without worrying about illness.
I am doing ok. Tired. Really tired. I am down 20 lbs already but am absolutely unable to get my feet into my old shoes and am still wearing sandals. Have been avoiding buying bigger shoes because that would be admitting that my feet have gotten huge and are *probably staying that way.* (weeps a little). But it's nearly November so something should be done sooner than later.
Halloween is this weekend.  Here are some of the decorations on the porch: 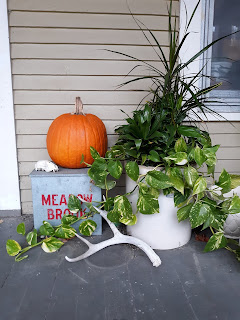 That antler was in the shed when we moved here and the skull is a raccoon. 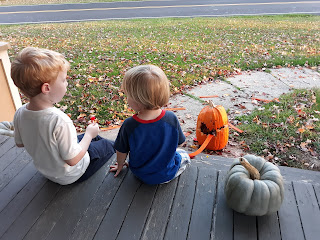 Making a Hotwheels playset with a carved pumpkin.

Bee seems really pissed at Elyse in this picture.  They really do like each other. You know, in a cat kind of way. 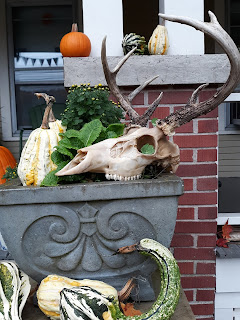 Buck skull was a woods find and only needed cleaned and whitened. 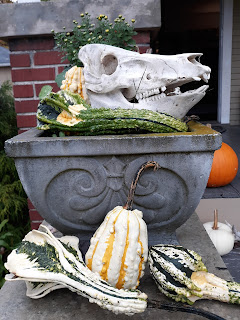 This pig skull was the first one I ever cleaned. I did everything wrong with it (boiled! bleached! the shame!) and it shows, the bone is absolutely in terrible shape.
For Halloween the kids are all going to be leaf piles. All three have camouflage outfits which will be covered in artificial leaves head to toe. This project would probably cost a fortune if not for two garbage bags of artificial greenery my mom had stashed away. So, thanks mom. 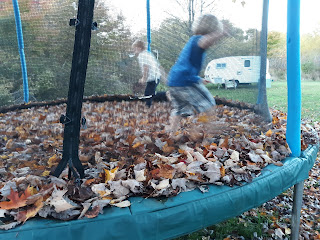 Here they are on a trampoline full of leaves. I think this is how they got the "leaf monster " idea.
The oldest also needs to have a Saint costume for school on Monday. I gave him the choices of St. Ambrose (parton saint of beekeepers) St. Francis (animals) or St. Hubert (saint of hunters) because they are my favorite and the costumes would be easy-peasy as he would say. He picked St. Ambrose.   So I have 4 costumes to construct this week. They should go quickly and be fun to do. 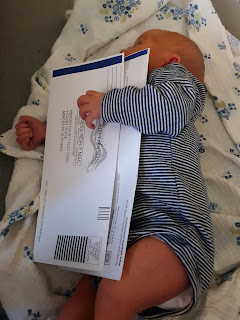 Here is the baby holding our election ballots. My husband and I took the youngest 2 to the courthouse with us on Friday and dropped them off. So we have cast our votes, whatever small difference they might make. 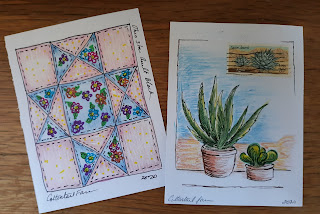 Something I've been doing for myself involves Postcrossing.  Sometimes I'll pull a profile that includes a wish for handmade cards and have decided to try to fill this any time I get a request.  The card on the right went to a lady in Finland whose interests included nursing, Johnny Depp, heavy metal music, aloe vera and red haired peoples. It did give me a chuckle. The one on the left went to a woman in England who enjoys sewing. 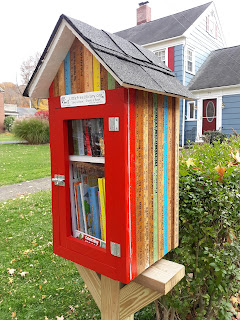 Talk about crafting, this little free library belongs to my in-laws neighbors. It is the cutest one I've ever seen and I'm equally jealous/ in love with it. For local people, the blue ruler is from Hurlbert's and the green one from the old J.C. Penny store. 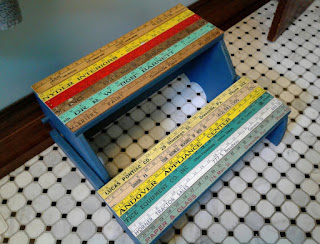 Here is the yardstick project I made about 2 years ago. Her library makes me really want to start collecting yardsticks again. They are not nearly as easy to find as I thought they would be. Very rarely at yard sales and never at the thrift store. 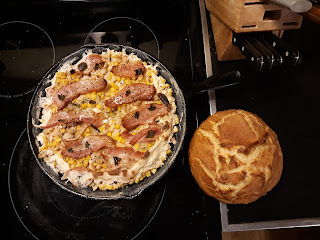 Cold, wet weather is settling in. Tonight we had Jamie Oliver's Maryland chicken and homemade bread. 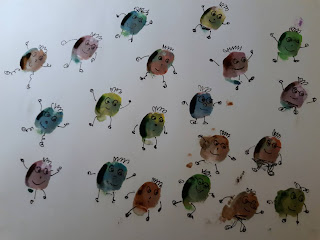 After dinner the oldest worked on a lego kit with my husband and Mr. A and I got out the watercolors. 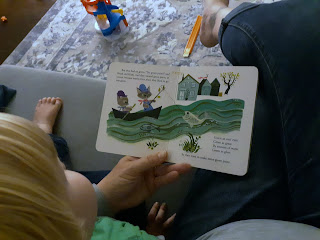 Then we read The Color Kittens six times in a row.
Life has been overwhelming and exausting and wonderful.  It's time for bed before my midnight nursing wake up call.
Posted by Cottontailfarm at 10:35 PM 1 comment: 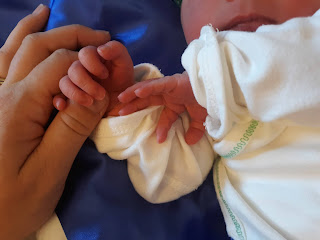 Baby P arrived in the early hours of Friday morning.  He is tiny and perfect and makes little talking noises constantly.  We are waiting now for my husband to arrive to take us home and start this new part of our lives together.
Posted by Cottontailfarm at 11:42 AM 5 comments: 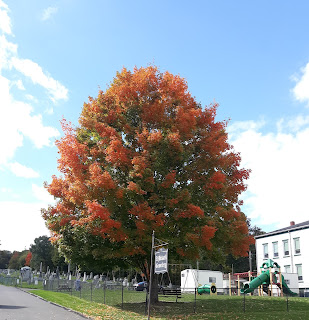 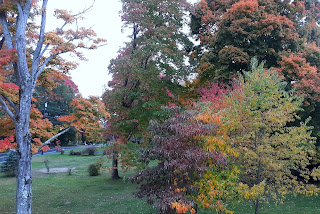 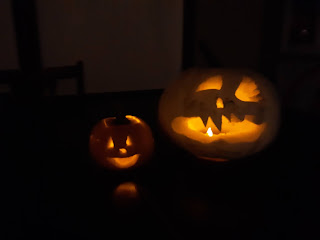 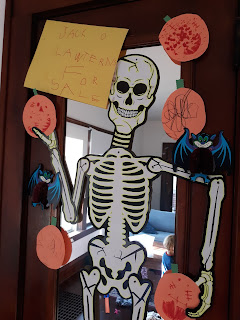 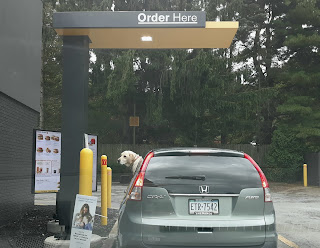 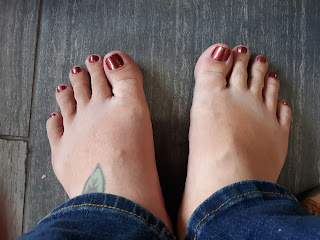 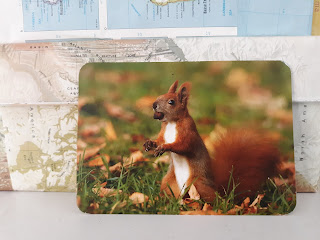 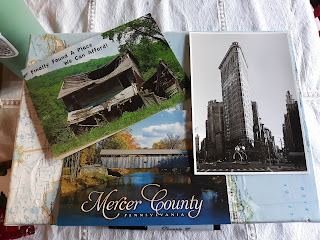 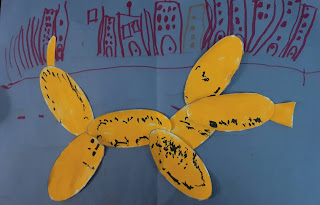 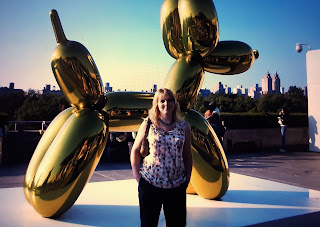 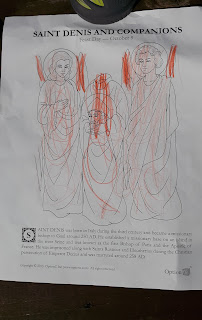 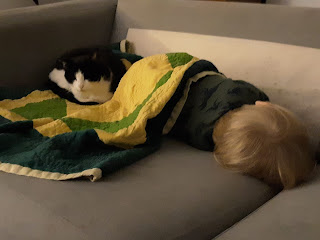 Bee has been putting in extra time brushing up on her Aunting skills.  I'm scheduled to be induced later in the week. Truth be told, I think it's worse knowing when it's going to happen. I've been extremely nervous about being away from the kids and very worried about things going badly.  At least I know now that my husband can be there, which was up in the air pending his test results. I just wish it were all over with, honestly, and the baby and I were already back home.
So that's what's new here. Things will be very different a week from now.
Posted by Cottontailfarm at 9:34 PM 2 comments: