We got a new rooster this week. A friend of mine was getting rid of her flock and I asked for him.  He's 4 years old, a total sweetheart, has a good crow and the hennies absolutely love him. 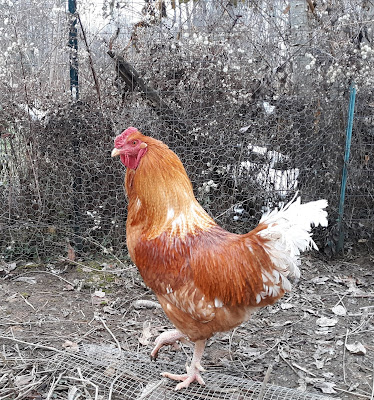 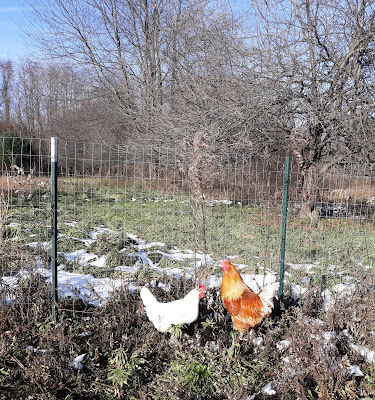 How can I tell they love him?  Because they follow him around like a rock star.   Because that little leghorn hen likes to run over to him and throw herself on the ground in front of his feet.  It's really embarrassing. 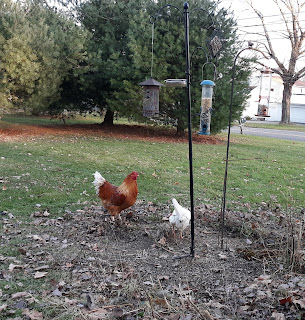 Here they are together cleaning up spilled birdseed from under the feeders.

I don't know his breed.  She told me that they got a batch of chicks from a local Amish feed store during their chick days and that he was a different color from the females when he was a baby.  So I'm thinking he's one of the sex-linked hybrids that are popular with hatcheries now. 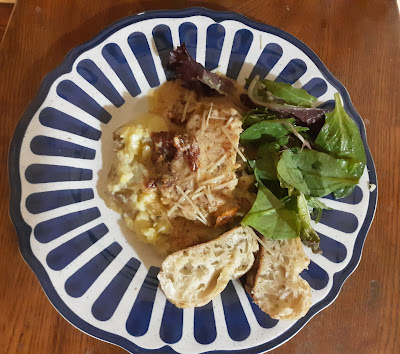 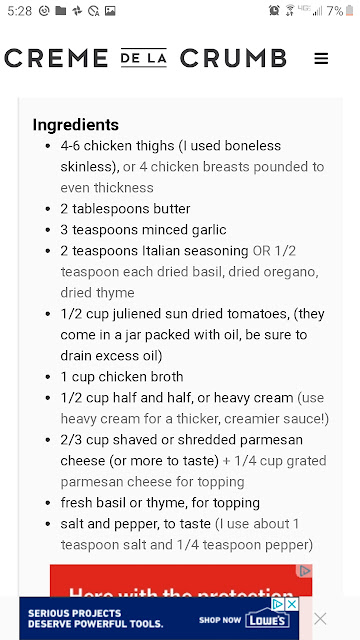 Here are the ingredients.  Flatten the chicken breasts, I floured them like for a marsala before cooking them.  Then just make a sauce.  We'll make this regularly. 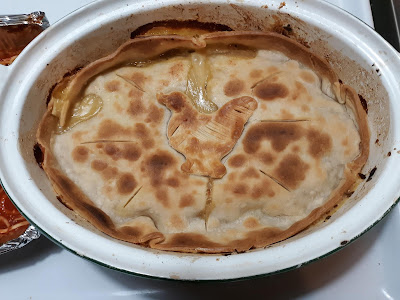 I've even been "cooking" for the cats for the last two weeks.  Mainly because I didn't feel like going out for their "treat" wet cat food one day.  Every day I've been soaking their grain-free dried cat food overnight in either chicken stock or the scraps of milk the kids leave around the house.  Yesterday it was in the oil from canned salmon we had.  The change in the cats in just this short amount of time has been unbelievable.  Bee has always been a skinny slip of a thing but she's put on probably a pound or more  of weight.  She looks great.  And both cats now have the softest, shiniest fur you can imagine.

Posted by Cottontailfarm at 1:31 PM