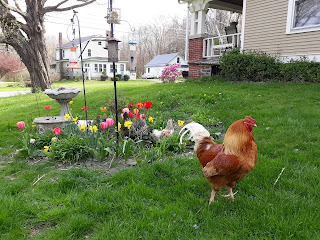 The little bird and pollinator garden is looking beautiful with tulips blooming.  There are lots of pollinator friendly plants like borage, bee balm, yarrow and coneflowers grown from seed that are ready to be planted out. Parsley for the caterpillars
Buckwheat will be direct sown. We have so many honeybees around this year.  It's like when I was little and you had to be careful going outside in barefeet. No idea where they are coming from but I'm grateful to see them. 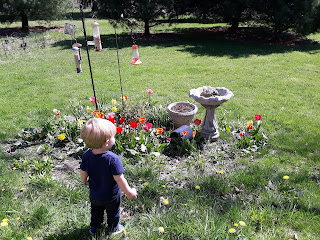 We haven't seen Bernie our indigo bunting yet but we do have flickers, lots of kinds of woodpeckers, goldfinches, towees and an oriole that stop by regularly.

Mr. and Mrs. Mourning Dove were regulars early this spring until we noticed that only one of them was coming to the feeder instead of the pair. It took some sleuthing but we found their home.  Here are their two babies right before they left home. 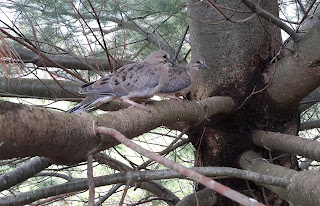 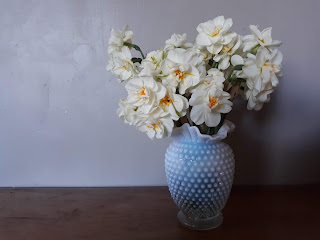 These were my mom's.  They smell absolutely amazing, almost like lilacs.  I'm going to transplant some of them over here.

We went to a greenhouse today to pick up a flat of pepper transplants.  The oldest came in shopping with me, his first outing in weeks, and was a perfectly respectable citizen. He brought his stuffed cat Fluff along for the trip and announced to everyone who came near us "Fluff doesn't need a mask for germs!"  What he wanted to bring home from the greenhouse was a rock. As in a piece of gravel. He was thrilled when the woman at the checkout told him he could have it. 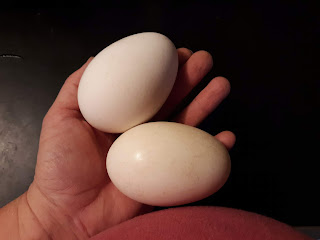 The geese apparently saw the ad I posted on Craigslist and decided to start laying again. That pink curve is, yep, baby belly. I'm starting to feel tiny kicks and we know the sex already! 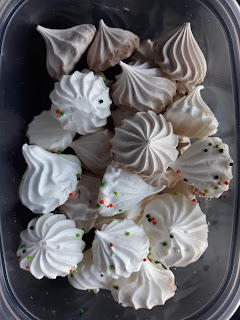 The oldest and I made a huge batch of meringue cookies yesterday.  The leftover yolks went to make egg noodles tonight (shrimp and homegrown asparagus for the adults, meatballs and marinara for the kids). The pasta was good but my Kitchenaid mixer has started making some terrible noises. It makes a whirling noise on the lowest setting and when I give it any work to do at all, like just feeding a sheet of dough through the cutters, it reduces speed by about 90%. It's 10 years old and I use it 4 or 5 times a week....  really fearing the worst. I'll call the repair center tomorrow. 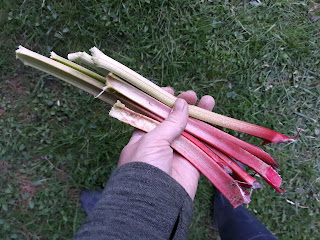 The rhubarb is barely up but some got picked anyway. 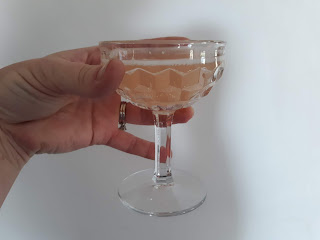 To make the most delicious rhubarb honey shrub. 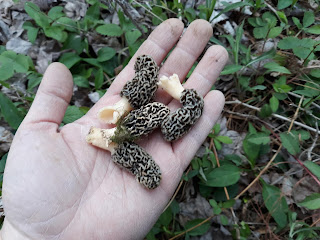 After years of going across town to hunt morel mushrooms I found some this week right next to our old shed. They're on the south side of an ancient apple tree and growing in, I kid you not, one of the many trash burn piles the previous owners so graciously left around the place and we've slowly been cleaning up.  Nothing has been down with the morels, they're drying on the kitchen windowsill. 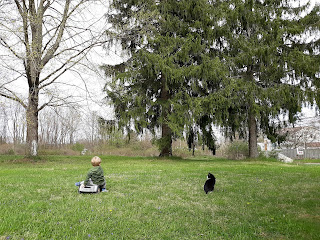 Bonus picture of Bee and the youngest. The oldest tought the youngest how to feed her cat treats and Bee feels like royalty.  Today for fun the kids and I stacked 5 treats on Bee's head while she was sleeping.  It was pretty damn funny.

Posted by Cottontailfarm at 10:22 PM