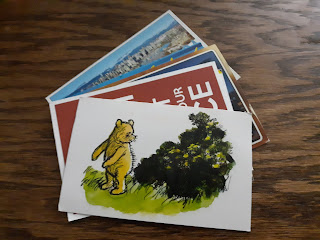 For fun here are the Postcrossing cards that have come since the last batch I posted. 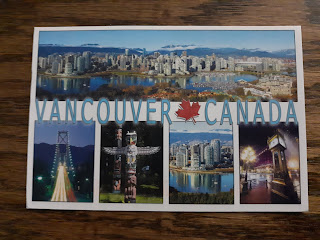 Richard sent me this from Vancouver,  British Columbia.  He said there is at least some snow on these mountains year-round. He also used some awesome stamps on his card which are fun to look at. 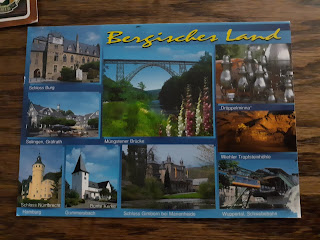 Kathleen grew up in Solingen. She said that the "droppelminna" in the upper right hand corner photo are used for coffee. This looks like a beautiful place to visit. 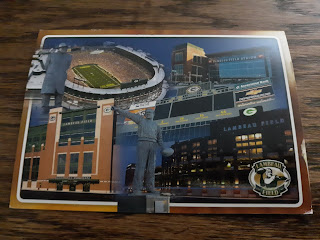 Timmy from "America's Dairy Land" says that although everyone in Wisconsin loves the Packers he is a Bengals fan. 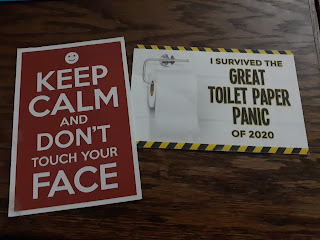 My first pandemic cards! The Keep Calm card is from Donna in Chicago. She is a teacher but of course her school is currently closed. I've received a couple of cards from Chicago now.

Sometimes we get postcards in the mail that are advertisements. I was so confused by the toilet paper card at first but then could not stop laughing. Grace sent it to me from Houston, Texas. She is baking "too much" and sends her well wishes. 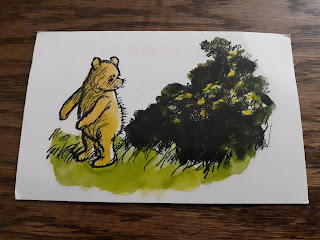 This is probably hands down the best Postcrossing I'll ever receive.  Louise from the United Kingdom started off by apologizing for not having any tourist cards while the shops were closed. She then went on to say that she lives near Ashdown Forest and that Winnie the Pooh is their local celebrity as he "lived" there.  She has walked in the Hundred Acre Woods and played Pooh Sticks at Pooh Stick Bridge with her children when they were little. Blame the pregnancy hormones, but this card makes me cry a little when I read it.

Postcrossing has been such a joy. Picking out the "right" card for my recipient, writing my little note, picking out unusual stamps and going to the Post Office.  The surprise of getting a gift in the mail. Last week I sent a card to the northeastern most part of Russia, frankly I was dumbfounded anyone actually lived there after looking it up on a map. Today I sent a card to Taiwan and instead of printing out the address I tried my best to draw out the characters by hand. Every part of this process is pure pleasure.

Posted by Cottontailfarm at 10:57 PM