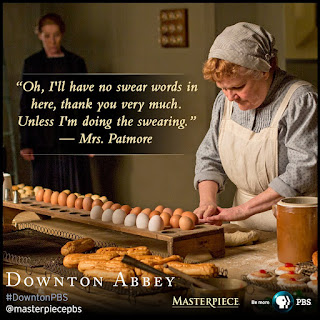 I've been rewatching Downton Abbey in preperation for the new movie and it's been great. Currently on season 6 and last night was the episode with the extremely akward and hilarious scenes between Mrs. Patmore and Carson.. At one point she was in the kitchen brooding while diligently making dozens of pickled eggs.  Which led me to think that:

2) Man, I haven't made pickled eggs in a long time.

Which led me to a post I did a couple of years ago for these: 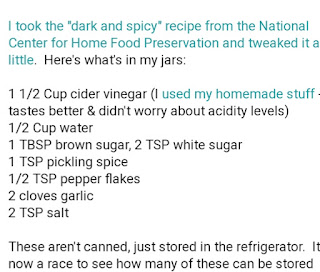 Here they are later in the day: 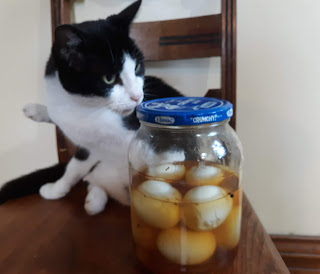 Can we all admire this egg holder for a second? It's beautiful. 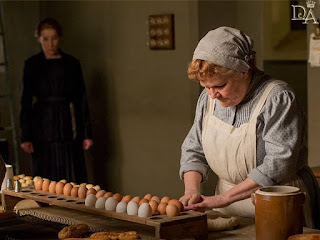 I thought I would have to screen shot it but if you google "Downton Abbey egg holder" apparently it's a real thing that people still make and sell on Etsy.

Posted by Cottontailfarm at 9:11 PM