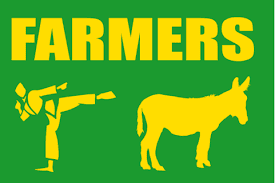 I went to Farm Aid with a great friend on Saturday.  I didn't even know it was scheduled but she told me about it and I bought our tickets in the first hour before it totally sold out.  It was an amazing concert.  The lineup included Willie Nelson, Neil Young, Dave Matthews and Sheryl Crow among others.

We saw a performer I had never heard of until earlier this week, Nathaniel Rateliff, who was awesome.  Here he is playing the song Son of a Bitch on Austin City Limits.  It's bizarre that people treat it as a drinking anthem when really it's a a sad, hard look at addiction and withdrawal. 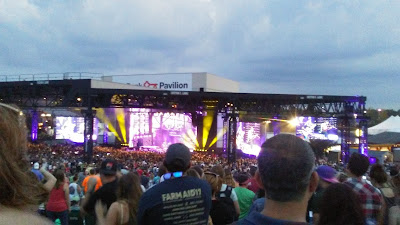 We also sat through the John Mellencamp set.  I can now say that I have heard most nauseating phrase ever written in the English language performed live: "suckin' on chilli dog outside the Tastee Freez".  Just, ew.


I had it in my head that this would be what the old-school Farm Aid concerts were: a celebration of rural agriculture with some great music.  Sort of part concert/part Mother Earth News Fair hybrid.  To a small extent it was.  But it also felt like 90% commercialism, 10% agriculture.  It was mostly due to the venue and when you have a sold-out crowd of 23,000 I don't think you can do much to avoid it.  An example - I paid $42 for 2 draft beers and a plate of mediocre nachos - which is the fault of the venue.  And although by the food court there were cutesy compost/recycle/landfill bins, we had lawn seats and there were no garbage cans on the lawn.  By the end of the show we were standing in a sea of thousands of beer cans, dozens of passed out drunks and the occasional puddle of vomit.  It was like being in a dumpster.  There were some agricultural tents; one out past an exit but they were kind of uninspired and not staffed as well as they could be.  There was a fun seed swap and I took some things to trade.  Came home with parsnips, ground cherries and a mystery gourd mix. 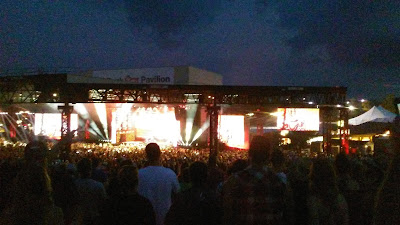 The music redeemed it.  There was a point where I was dancing to the Dave Matthews set that was just magical.  It may have been the haze from all of the joints being smoked around me, but for a second I didn't feel like a wife or a mother but like that like girl with dreadlocks dancing to jam bands a million years ago.

I was not a big Neil Young fan before I got there but even I was stopped short at the start of the set. It was an experience that commanded attention.   Rolling Stone magazine said that he "came roaring onto the stage like a feral beast finally let out of his cage" and it was true.

Seeing Willie Nelson on stage first with Sheryl Crow, in his own set and then in a big group set, was a treat of a lifetime.  At 84 years old, he looks great and the music was fantastic.  I was thrilled to see his beloved guitar he's played since 1969, the one that he's worn a hole through.  The best part of the night was seeing everyone on stage together playing "Will the circle be unbroken" that transitioned into "I'll fly away" that was just beyond words.  No one has uploaded it yet, but I'll keep checking.

And there was a point where Sheryl Crow talked about a local farmer who stated that he got into farming because he wanted to know that he was doing something every day that he would never be ashamed of.  Yep, that. 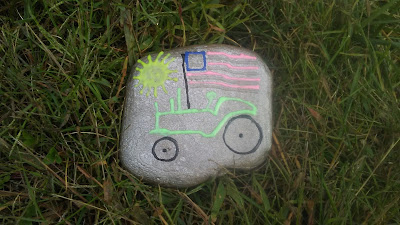 It was a glorious night out.
Posted by Cottontailfarm at 6:24 PM