One thing a day 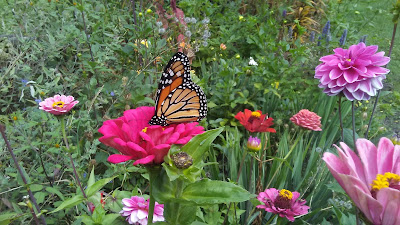 Moving along with the goal of just getting one "homestead-y" thing done each day.  Slow and steady wins the race, right? Or at least participates?

I didn't butcher any quail on Thursday but I did make a green pesto-ish sauce.  It started out as a straight-up basil pesto, but then I remembered reading something somewhere about a pesto type sauce that contained green beans.  At that point caution and reason were thrown to the wind and random ingredients were thrown into the NutriBullet.  The result was a sauce that smelled and looked like fresh cut grass, in a good way.  It's made of basil, cooked beans, cooked potato, lemon juice, olive oil and ground walnuts.  It tastes like summer.  Froze tiny ice cubes of it and tossed them into a freezer bag. I can see using this maybe over chicken. 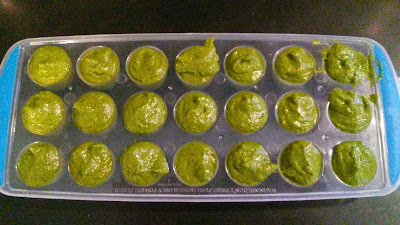 Thursday night the little man, Bee and I picked apples. 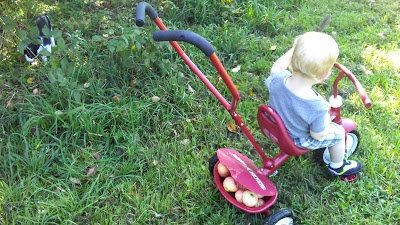 Friday I canned them. 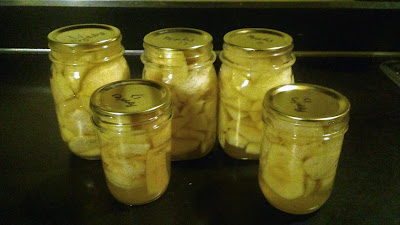 Three pints, two half-pints.  Not a lot but plenty because I'm only intending to use them for things like coffee cakes and pancakes and such. 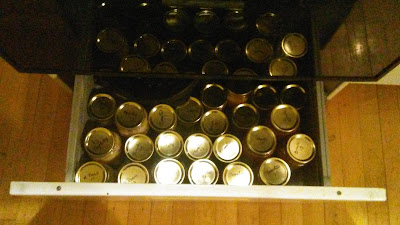 I guess a bit at a time does add up.  The canned goods cupboard is completely full and I just filled the drawer under the oven. No idea where anything else is going but i'll keep canning until the garden stops producing. There are more tomatoes to put up and maybe sauerkraut. Things are winding down. 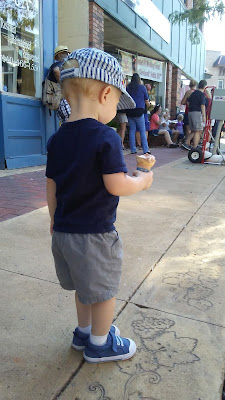 Saturday the little man and I joined my sister and her kids at the Grape Jamboree in Geneva, Ohio.  Unfortunately it was blistering hot, like 90 degrees.  We only stayed about an hour before I called it and we headed home.  Long enough to have an ice cream cone and take in part of the parade.  The little man loved the parade but was pretty hell-bent on standing in the road so he was a bit frustrated with me.  He had great fun though.  It's a nice parade with marching bands and horses and a farm that hands out pumpkins instead of candy.  There is also a troupe of kids that perform on sky-high unicycles; it's really impressive.  I remember it was that hot last year too.

Before we left for the festival I carried all of the geese and ducks back into the chicken yard.  They were making progress clearing the garden but the geese found out pretty quickly if they ran at the fence at top speed, then jumped, they could barely land on top of the fence.  At which point gravity would take over and their fat, fluffy asses would topple right over the other side.  Into freedom. Oh, well, it was a good idea at the time.  Maybe we need goats.  Nice, tiny pygmy goats.

Today is Sunday and today I stained the new gate.  We have a couple of gallons of $5 mis-tint stains and outdoor paints that I've picked up over the years that all more or less match.  That's what I use to paint any poultry stuff.  The gate got stained a blue-grey color that is a shade lighter that what the chicken coop was painted.  It looks really nice.  The geese were mightly interested in this project and one of them kept sticking its head through the gate. So now I have a goose with a big swatch of blue-grey across its neck. It could be worse.  I also planted some more garlic. 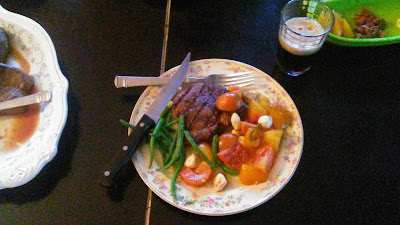 Tonight we had a really great meal of grilled venison, green beans and this Jamie Oliver tomato salad.  Look at those grill marks!  I'm a lucky lady.  Need to remember to make this salad next summer, I had forgotten about it.  It's delicious.

Up for this week: I have no idea.  Need to pick and can tomatoes again this week for sure.  There are a ton of leeks that need preserved somehow... maybe freezing a huge batch of French Onion soup? That's all I can come up with.  The weather is supposed to turn on Thursday from hot-as-hell upper 80's to a more reasonable mid 60's so soup might be on the menu anyway.

Posted by Cottontailfarm at 11:26 PM