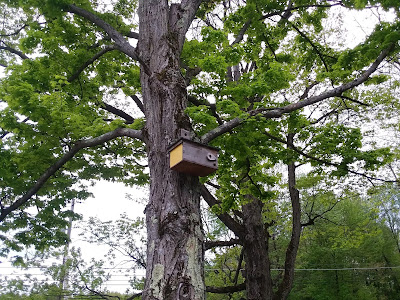 One of the maple trees by the driveway is now sporting a swarm trap for honeybees.  All of the local beekeepers around here had severe or total losses this winter and most of the wild colonies we know of have died as well.  We do have honeybees here, not many, but some have been seen around the house.  Enough to hang a swarm trap on the property and hope that some bees will move in.  There are frames in the trap that will allow any bees to be moved into a hive easily. This has always been my dad's project.  No way do I want to be 15 feet up a ladder and dealing with a heavy box full of bees.  Not brave enough for that. 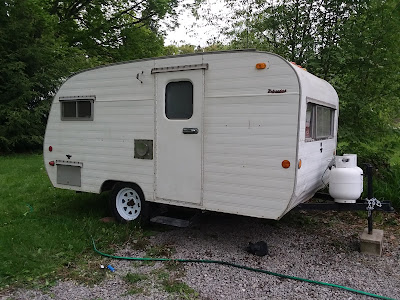 The Metzendorf for moved into the driveway and I've been cleaning it and stocking it for the summer.  So happy to see my old friend again.  Yesterday I just laid on the back bench for awhile with all of  the windows open. 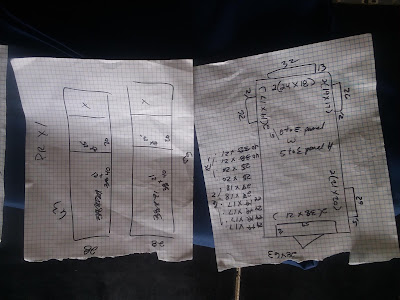 Last fall I threw out all of the old ugly curtains and took measurements to make new ones.  Wow, did these notes leaving me scratching me head when I got them out.  I just finished the curtains this morning.  It was very economical to use the biggest curtain panels I could find at Wal-Mart to make these; the pieces were cut to include as many already-hemmed edges as possible and the fabric is a really nice weight.  They're royal blue to match the awning. It's going to look really sharp.  Plus curtains will save other campers from having to look at a certain 3 year old jumping around the beds in his underwear.  :) 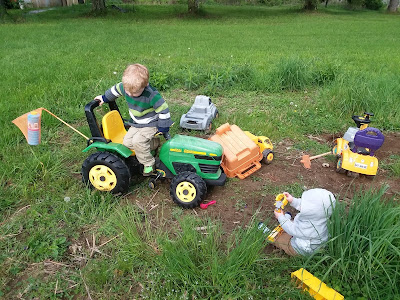 What work looks like.   I took some great photos of the two little guys (not shown) working in the garden together. 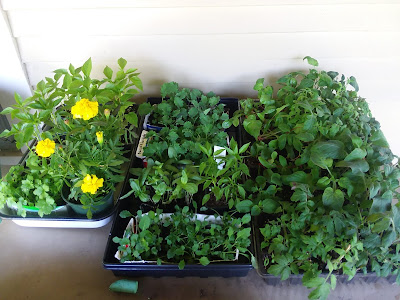 I accidentally sprouted about 3 million heirloom tomato plants.  The garden is going to be tilled and planted Monday, weather permitting.  The oldest and I planted peanuts and have them under grow lights to give them a head start, it will be fun to see if we can grow peanut plants successfully, I remember my grandpa growing them when I was little but have no idea the variety he planted. 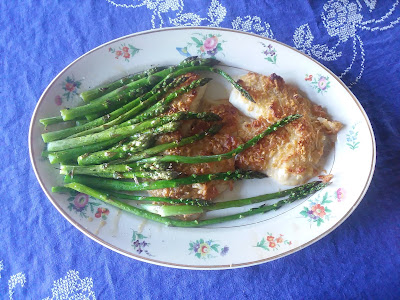 We've been enjoying the fresh asparagus and lettuces will be ready soon too. 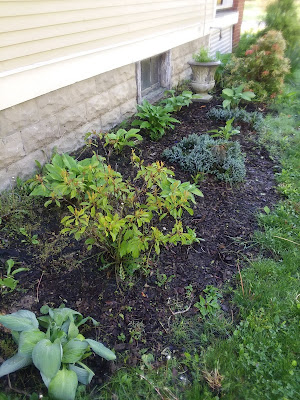 This is a terrible photo but I finished filing in the gaps in the landscaping on the West side of the house with hostas. 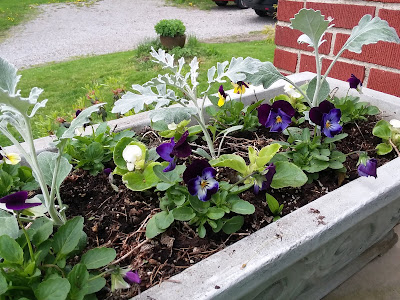 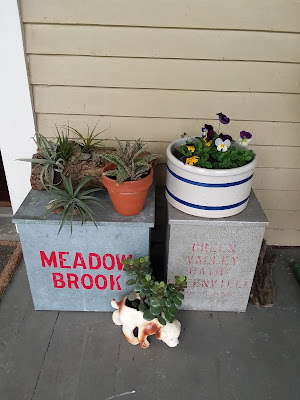 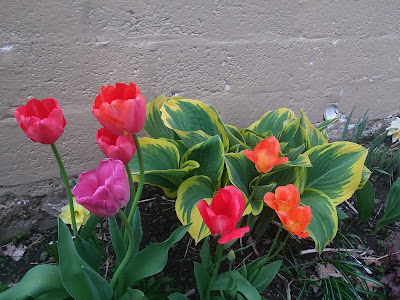 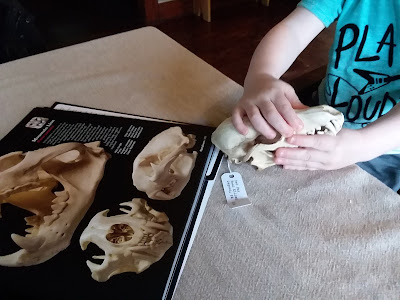 Thanks to last weeks coyote attack we've been taking some time to talk about predators and carnivores.  We haven't lost any more poultry and haven't seen the coyote since.  Thank goodness. 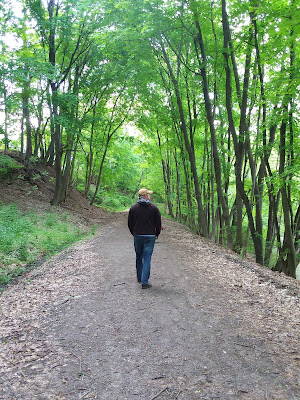 We've been using the local rails-to-trails path a lot.  It's a really nice perk to have in town.  Lots of plants and birds and lovely views of the river. 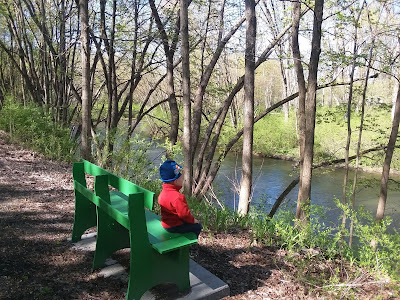 Quiet contemplation.  He loves that bench. 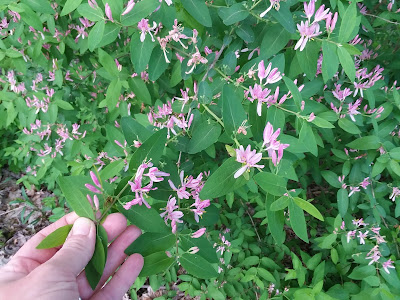 This is a shrub growing along the path.  It's beautiful. The flowers look like honeysuckle blossoms but it's a shrub.  I wish I knew what it was, it would be nice to have one by the house. 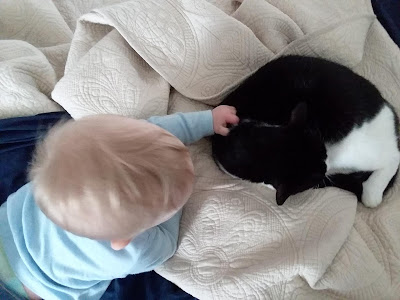 Bee has some sort of odd cough/sneeze thing going on but is in great spirits otherwise.  I remember last summer when she lost her "me-mow" voice  when the baby was born.

Some adventure planned for this weekend,  hope the weather holds and it's not too hot.

Posted by Cottontailfarm at 2:45 PM