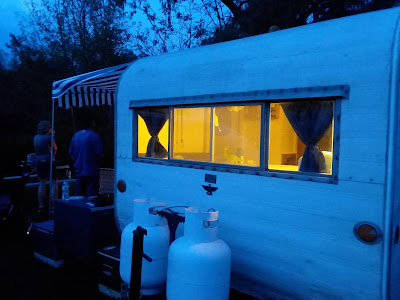 This weekend we went camping with a friend and her camping group at a little campground near us called Powder Mill Run.  It's a tiny privately owned campground on what used to be a working farm.  This was our first time camping at a place that was not a State Park so we weren't really sure what to expect. 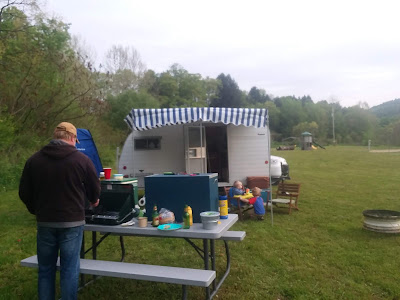 The whole campground was tucked into a little area surrounded by hills and trees.  There was a tiny stream, not more than 4 inches deep, right behind out campsite which was wonderful fun for the oldest and I.  He could splash around and throw rocks without me having to worry about him.  We found some fossils and some neat rocks. 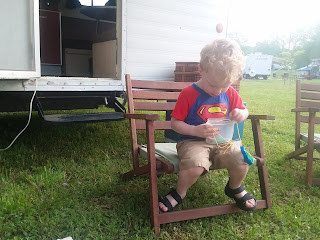 The oldest found a tiny toad within an hour of us getting there.  We watched it for awhile and put it back where he found it. 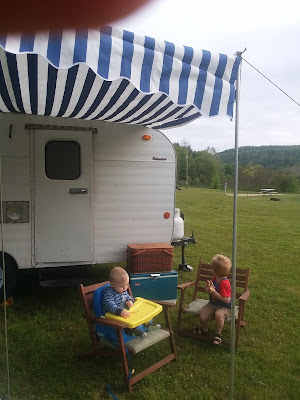 The kids pretty much lived on cookies, potato chips and hot dogs for two days.  After all of the "healthy" food at home they were loving every minute of it. 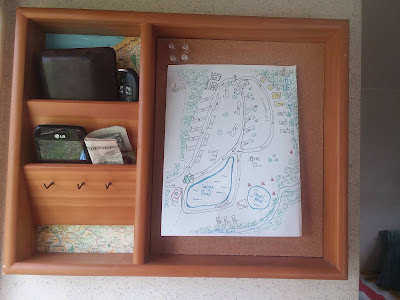 I hung this renovated thrift-store find  up inside the doorway.  It was decoupaged with a map and ended up being a really perfect cubby things like wallets and keys. 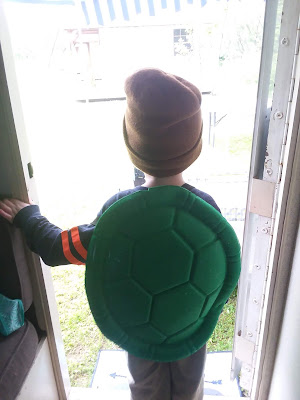 The first morning we woke up to cold and rain.  Socks and shoes were soaked and I had to use the old plastic-bags over dry socks trick.  The clothesline was strung inside the camper and the heater turned on full blast to dry clothes. (If you're reading this dear former co-worker - it's the one you bought me for Christmas years ago- it gets the camper up to about 80 degrees in under 10 minutes. Thank you!)  The oldest took a long hike with his dad while the baby and I napped.  The wildlife at this place was amazing.  There were so many different kinds of birds to be seen even from our campsite. 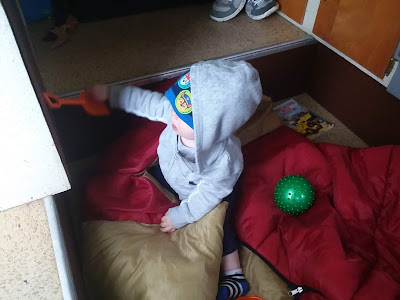 I had purchased some new toys at the dollar store prior to the trip but the favorite activities turned out to be a red plastic cup (the youngest) and a thrift store transformer toy (the oldest).  Go figure.
The weather quickly turned and it ended up being very hot and humid for the rest of the trip, thank goodness.  Great weather for being outside.

My husband went home after the first day.  With two little ones to keep track of by myself one of the other women camping jokingly called this a "divorceable offence'.  We did ok though.  Something that really helped was that we bought a pop-up changing room off of Amazon to use as a private bathroom for the littles.  It was a lifesaver since we don't have a bathroom in the camper and I couldn't fathom trying to take them  both to the public bathrooms 500x a day.

We did some exploring together. 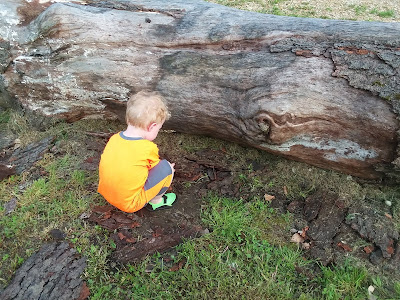 We checked out who might be living under the old bark of this fallen tree. 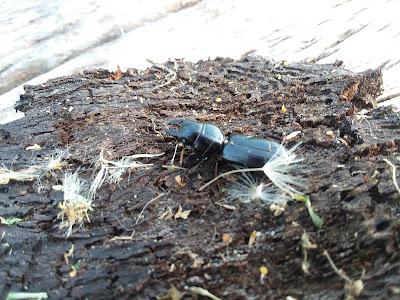 And found a stag beetle! It was amazing! I've never seen one before.

Then the oldest smacked himself in the head with a saucer swing on the playground and got a huge bruise right between the eyes.  It doesn't look *too bad* and he did get over it quickly.

Since the campground was nearby my dad and his lady friend came to spend the evening with us.  They brought wine and we had a great time sitting around the fire and visiting.  The kids went for a car right and fell asleep immediately. 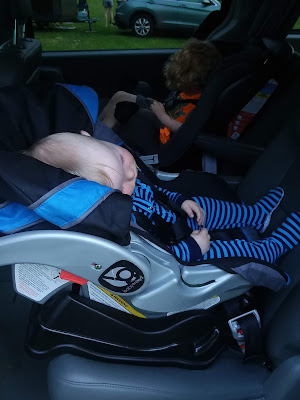 The baby woke up as I was moving him into the camper.  He ended up being up until 10:30 at night, sitting around the fire waving a glow stick and babbling..... 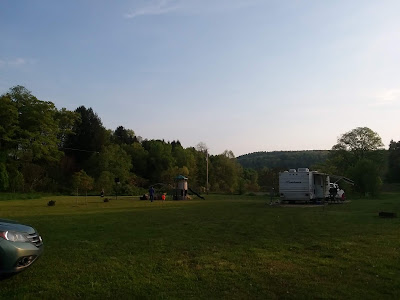 ... and woke up before sunrise.

They both woke up before sunrise.  Like, 5 a.m. The youngest needing a dry diaper and the oldest screaming "my eye hurts!" in his sleep.  A bad dream.  The oldest went back to sleep and the baby gleefully took advantage of his sleeping brother, smacking him on the head repeatedly with a plastic brontosaurus.  Eventually I gave up and took him outside.  We were making coffee on the camp stove by 6:30.

We played a bit more and finished breaking down our campsite.  Thanks to help from my friend watching the kids, hitching the camper went smoothly and were made it home around lunch without any drama.

Now that we have the first trip of the season under our belts the camper is ready to go.  It took me three days prior to the trip to stock the camper with everything we would need but the now it's done and the next trip should just be a matter of firewood, food and clothing.  I'd really like to get the kids out doing this once a month during the summer.  We all had a great time. 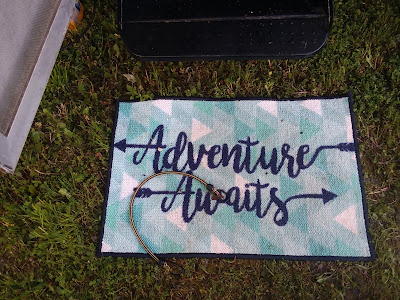 Adventure awaits.  Every day.
Posted by Cottontailfarm at 11:37 PM