Settling into our new normal 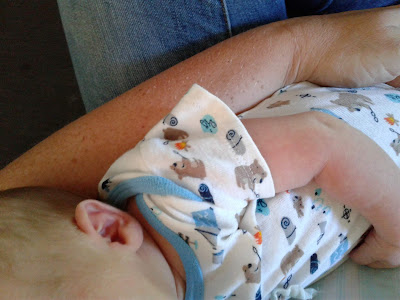 It finally feels like things are getting back to normal around here.  A busy, messy, wonderful whirlwind of life that's our new every day.  The baby is doing wonderfully.  Maybe it's because we've done this once before but it seems like he's so easy to take care of.  It feels like we're starting to find our footing again.

There's been so much going on over the last week.

First, a HUGE thank you to Marlene over at Poppy Patchwork! 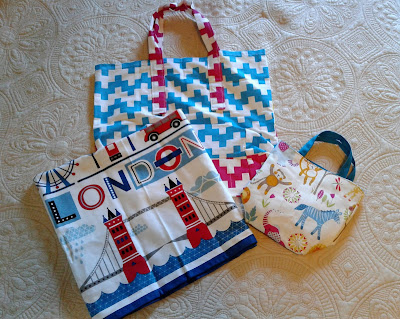 This sweet package of gifts came the day before we went to the hospital, sent all the way from England. I was so excited and touched to receive it in the mail.  Look at the cute fabric for the little bag! And the tea towel! She even included a pattern and an example of French seaming for me - it makes me want to get my sewing machine out again.  Marlene: THANK YOU!  I have a little surprise to send back your way and I'm going to stop over and leave a note in the comments - I'm not sure about the return address on the package and want to check it with you. 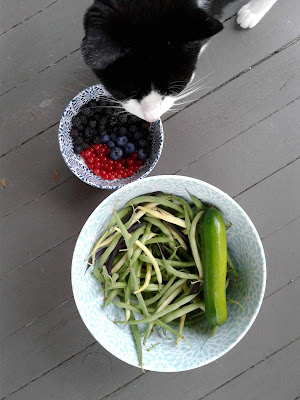 When you visit Marlene's blog be sure to notice that she and I have matching cats.  Bee has a twin.  How funny is that?  In Bee news: the oddest thing happened while we were at the hospital - Bee lost her voice.  I have no idea what happened (when you Google this it could be anything from a virus to rabies, yay) but she sounds like she smokes about three packs a day.  She has lost her "meow" or, as the little man says "Bee lost her me-mowl. Is lost out in the grass." which is so funny I make him tell this to everyone.  We talk about how she looks for her "me-mowl" when she goes outside in the morning.  So far it's still missing.

Well, what else is new? The little man is thrilled to be a big brother but it's a huge adjustment and we're trying to spend as much one on one time with him as possible.  Of course, as a mom, it never feels like I'm doing enough.  There's been lots of "stirring it up" in the kitchen. 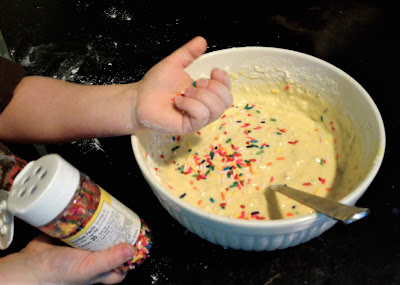 He wanted pancakes for dinner.  With sprinkles.  It was like eating sugar topped with more sugar but who cares, once in a while won't hurt anyone. 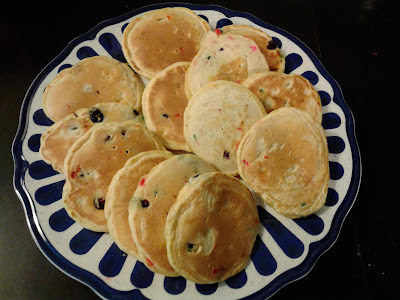 I did sneak some blueberries into the batch just on principal. 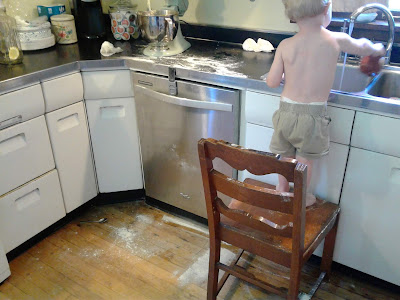 Sigh.  It's totally worth the mess. Over the last couple of days we've made pancakes, play dough,  apple cake, flat breads and pizza crust together.  We're now completely out of flour. 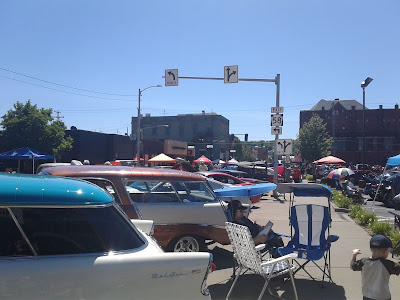 Our little town had a big festival for the holiday weekend complete with a car show.  The baby rode in a carrier and we all went downtown to check out the classic cars and eat ice cream.  It was really nice to get out as a family.

I've also had some time to myself this week and have been working every day to slowly dig the garden out of neglect. 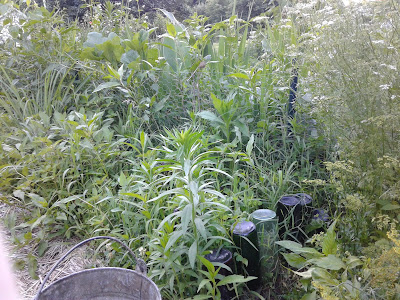 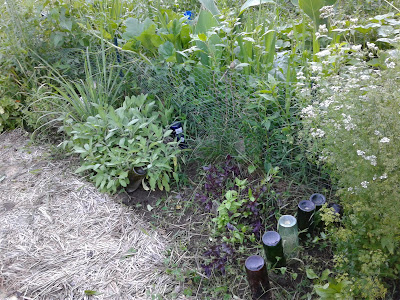 Tada!  The same spot after weeding.  Hello, herbs! You can't really tell from the picture, but that sage plant is a good foot and a half wide.  And the lemongrass is huge. 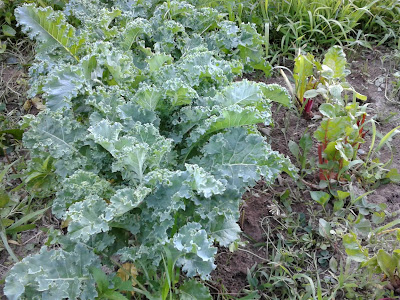 Parts of the garden are either done for the season already (snow peas, lettuce) and are being pulled out or they're so hopeless that they're being replaced (this deer-eaten chard).  I'm hoping to make it to a greenhouse tomorrow and find some transplants to fill in the gaps. 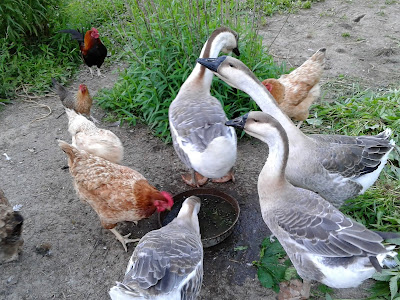 The weeds are being carried over to the poultry yard where they're being gone through and eaten by the birds.  Another problem in the garden is that it's being attacked by Japanese Beetles.  We had zero last week and now they're everywhere.  I want to remember when this happened so that next year I can get traps out in time.  They're really chewing up the cannas.  I'm feeding probably a couple hundred of them to the poultry every day.  It's SO gross but the birds, especially the geese, love them.

Well, enough for tonight,  Time to try and get a little rest before the baby wakes up.  He's been wide awake in the middle of the night the past couple of days, which is adorable but tiring.


Posted by Cottontailfarm at 12:00 AM