Tracks in the snow, keeping it immature

Most of the snow we got the other day has melted. *Please refer to my last post and see below. The weather has gotten a bit warmer and critters are out and about. 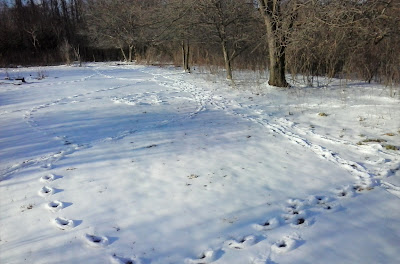 It looked like deer and rabbits had a party back by the old orchard. 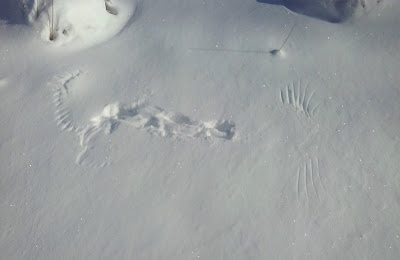 Something landed and scuffled around in the snow overnight.  Owl? 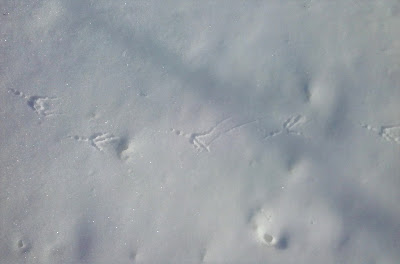 Pretty sure these are blue jay feet. 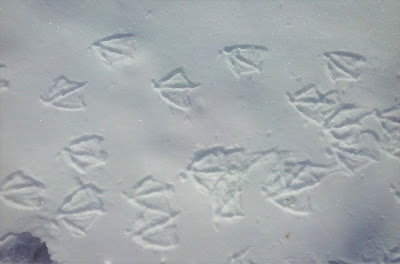 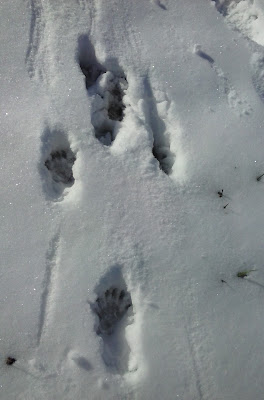 And I found this around the chicken yard.  I may have said loudly, OK shouted:
Son. OF. A! BITCH!!
Opossum? Raccoon? Damn it anyway.

So I set a trap of sorts with the game camera.  Kicked the snow down to bare ground and tossed around a bunch of corn.  We'll see who shows up. 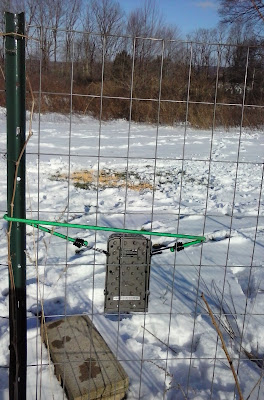 They're not going to be happy to see me.

* P.S. - Yes, there were all sorts of inappropriate jokes I could have made with that first sentence, mostly including words like "massive" and "shrunk", but I didn't.  Do grown women do things like that?

Posted by Cottontailfarm at 8:25 PM