Here's where I'm starting with the Shasta renovation.  I haven't opened anything up yet, but here are some photos of the original exterior for my records. 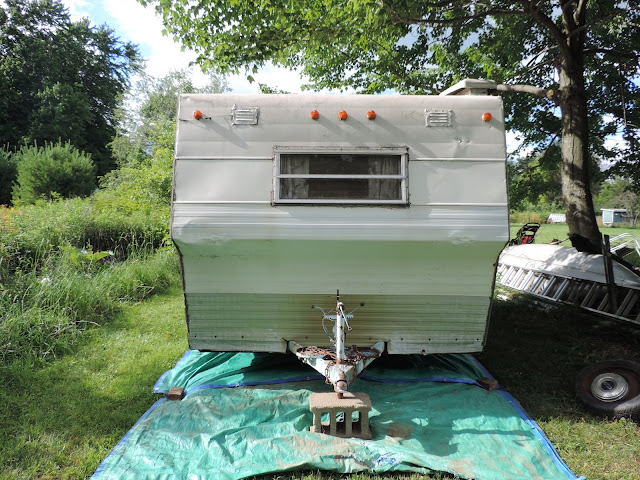 Looks like the poor thing got backed into at some point. 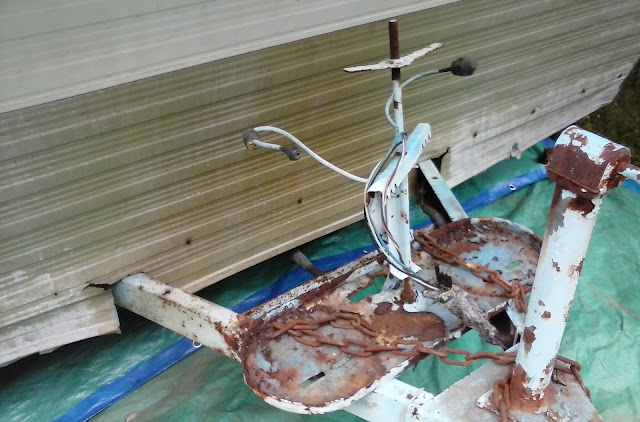 Ugly. Hopefully a pressure washing will blast some of this rust off.  Eventually I'll paint this.  Need to figure out how to re-attach the skin on each side of the hitch.

Moving on to the curbside.  Dings in the doors, black sealant slopped All. Over. The. Place.  Every stinkin' seam. 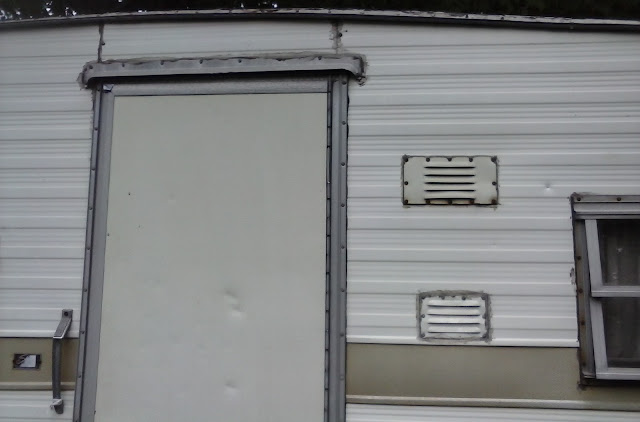 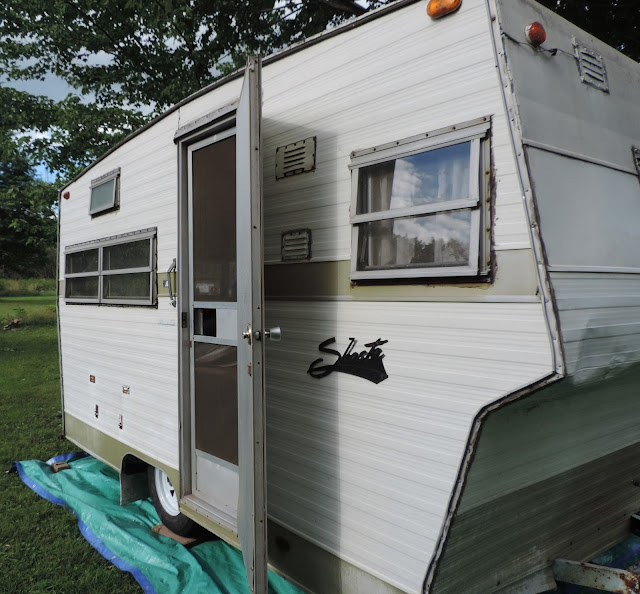 I love this feature - you can bring the dinette table out and attach it to the side of the camper. 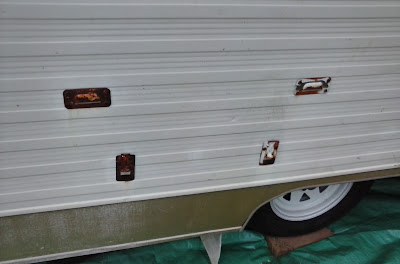 Moving on to the back. 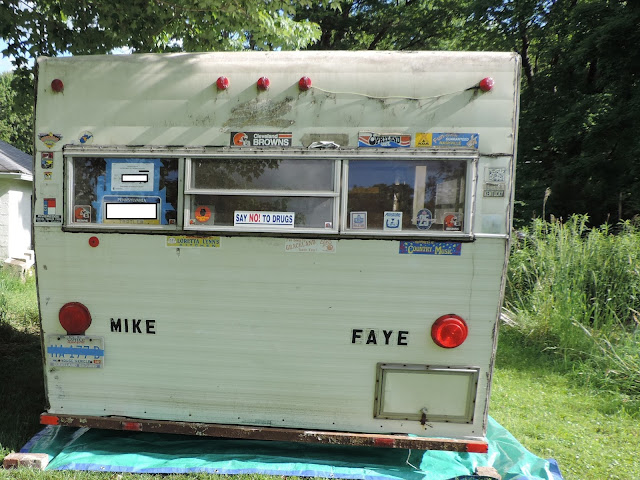 All of the windows are intact.  The back one just has my plates taped in place with painter's tape. 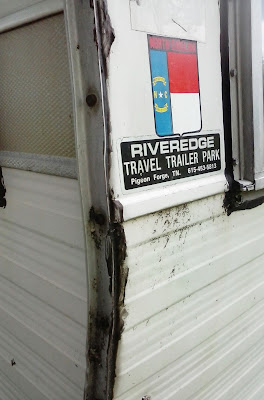 And around the driver side. 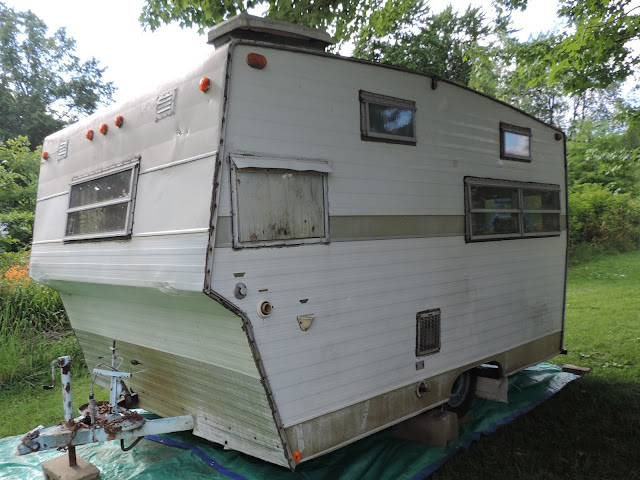 The vent (?) where the icebox would have been is missing.  It's covered with plexiglass.  More gunk slopped all over.  It's on every single seal on the camper.  This is going to be work.  Also, you can see where someone removed the original wings.  How sad is that. 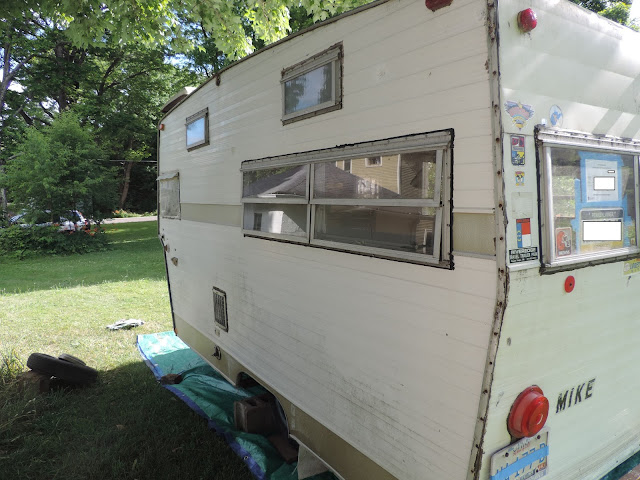 Shot of the roof taken from an upstairs window.  It appears to have roofing tar smeared all over it and then paint on top.  Note the classy wood and brick fix over the missing vent. 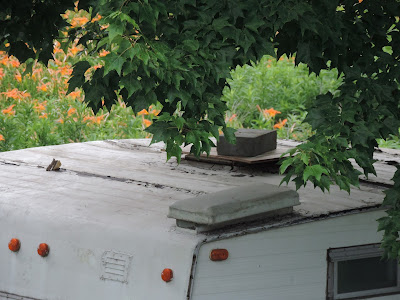 It looks like all of the exterior lights are original.  They don't work and I don't know why, but we'll get to that.  Whoever Mike and Faye were they had some awesome travels with this little camper.  They also left me some really cool stuff I found while I was cleaning out the kitchen,  I'll share interior pictures next time.

Posted by Cottontailfarm at 6:50 PM