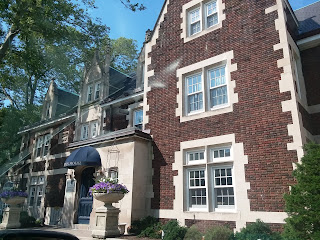 We spent a night in Cleveland to celebrate our Anniversary.  We stayed right at Univeristy Circle and were able to walk everywhere. 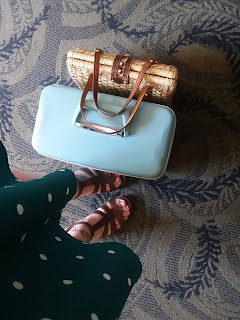 It's nice to get out of town and have a chance to pack only dresses. 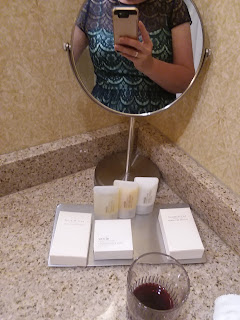 The hotel was very fancy-pants. So much so that I had to take a picture in the bathroom as the "soap" was labeled "cleansing bar" and there was something called a shoe mitt provided. Not sure why I found that so funny. I had no idea what it was so I opened it. Apparently it's just a square of cloth and I live a sheltered life. 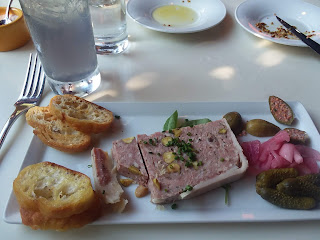 We had dinner at a fantastic French resturaunt.  Took a long walk afterwards.  Went to the Art museum the next morning where we took the opportunity to look at all of the things we usually don't get to see, mainly the very old tapestries and textiles.  It was so much fun to spend some time alone together. 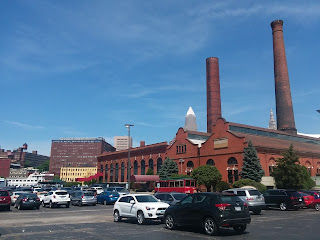 Earlier in the day we took the kiddos to the Cleveland aquarium. 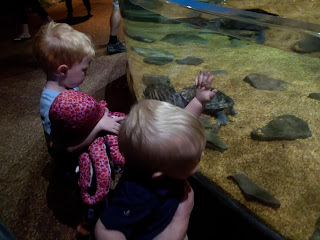 Where they loved every bit of it. 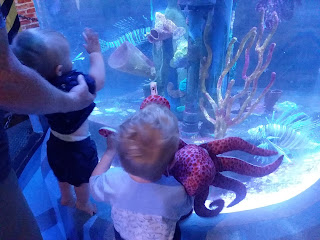 The oldest had so many questions about everything. Like he'd go up to some gentleman moping the floor and say "Um, excuse me? Why is the butterfly fish called a butterfly fish?" It was really funny. That stuffed octopus hasn't left his side and he has been sleeping with it. 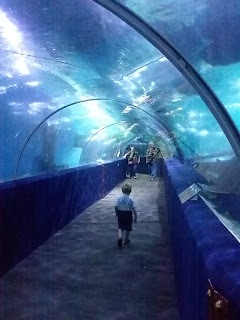 They spent the night with my sister and her family while we were out. Everyone had a great time. 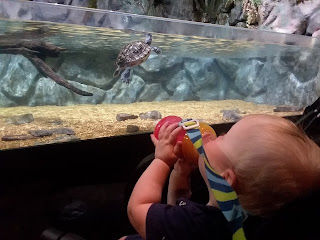 Now I am off to wrap gifts for a certain little one who turns one year old tomorrow. Wow, does the time go by quickly.

Posted by Cottontailfarm at 10:51 PM