I love hatching eggs.  It's so exciting - every part of it - from collecting the eggs to candling to lock down and hatching.  The process is so much fun that the chicks are kinda besides the point.  My incubator is a cheap-o styrofoam Hova-Bator bought off of Amazon a couple of years ago and paired with the automatic egg turner. 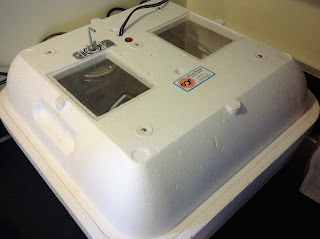 People give the inexpensive Hova-Bators a bad rap, but I've never had a problem with mine.  I think the best hatch I ever had has only been about 70% but that was mostly because of eggs that I pulled early because they turned out to be infertile.  The heavier breeds (like Mr. Rooster was) aren't known for the highest  fertility.  BUT the babies are stunning. Easter Egger hen + Cochin rooster = feather footed chicken that lays green eggs. 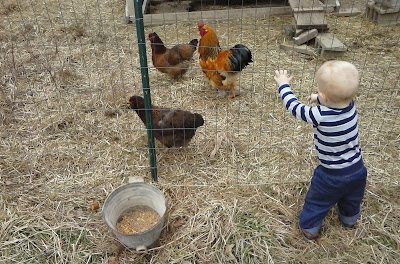 And who wouldn't want to hatch chicks from Baby Daddy Nigel?


Yep, Nigel.  I thought it was the name of the rooster on our beloved Peppa Pig so that's what I started calling him. Then it was pointed out to me that the rooster's name is actually Neville. Oh well. 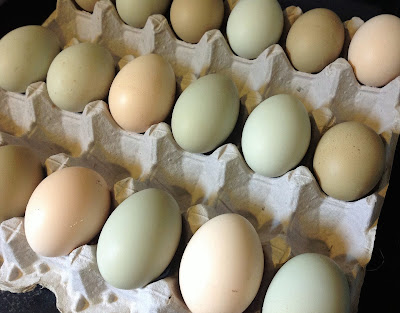 Anyway. I've been collecting eggs and finally fired up the incubator on Saturday.  There are 20 puttering away in the little racks.  I run my still air incubator at about 101 degrees with roughly 40 humidity but I don't care much if it fluctuates as long as it doesn't get too hot. Regular candling will tell me how to adjust the humidity to ensure there's a large enough air cell for the chick to hatch.

So, fingers crossed.  Chicks hatch in about 21 days so that means if everything goes well I should be checking back in around April 22nd or 23rd.
Posted by Cottontailfarm at 10:28 PM