This weekend a mamma deer and her two fawns came through and ate the garden. They ate the corn tops, the peanut plants, all of the buds off the daylilies I transplanted. They ate the beans and the TOPS OFF THE SUNFLOWERS.

We have 5 acres they can browse on.  Thanks, deer.

I give up. I was sitting out there brooding and feeling horrible about things when I slowly resolved to focus on this, the oldest making nests for himself in the dirt and corn rubble. 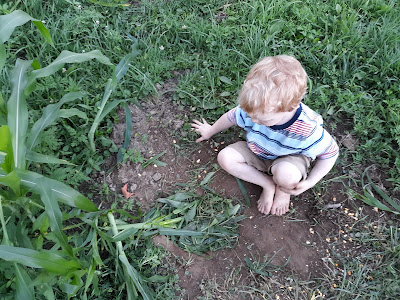 And so maybe that's where we're supposed to be right now.  Maybe the idea of getting food from the garden will be given up this season and the best made of a bad situation.  A garden seems like such a small thing but it mattered very much to me.

If I've learned anything about life it is this: you can either decide to roll with life or it will will run you over.

After dinner I turned all of the poultry out to graze and glean whatever they wanted. We still have some kale and chard, tomatoes, peppers and ground cherries.  Two zucchini plants.  We're picking blueberries to snack on when we're outside.  And if all of those get eaten by something too,
what the hell, as much as it pains me to say there's always Wal-Mart.  I guess. 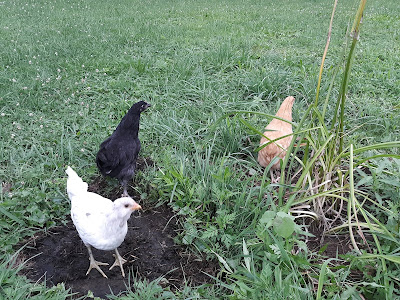 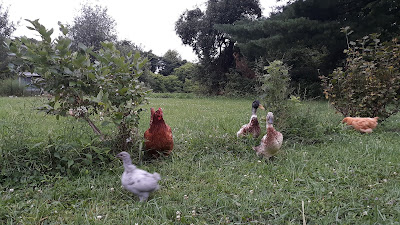 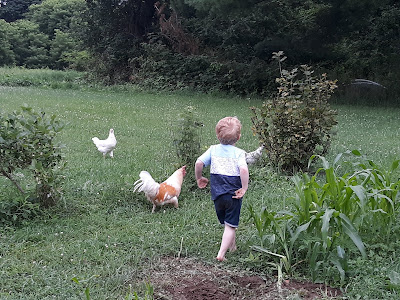 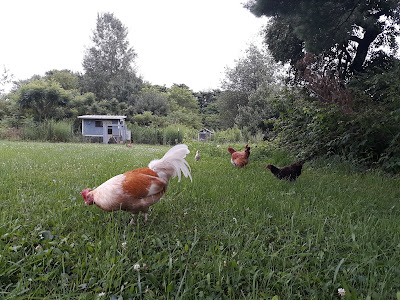 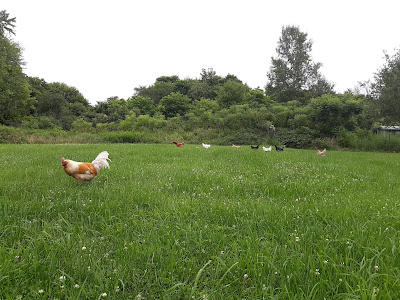 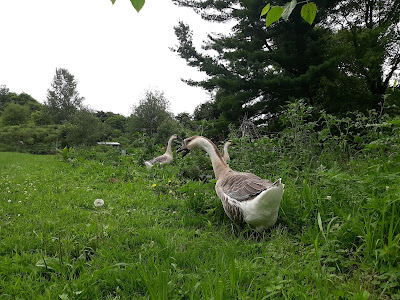 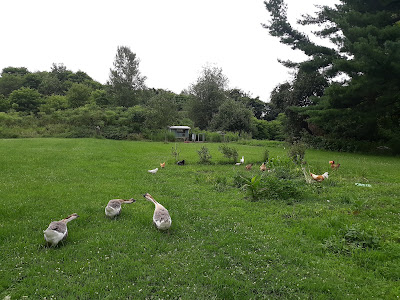 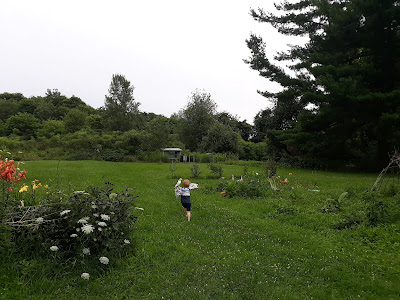 And so it goes.  A garden is such a small, stupid thing to get hung up on.  I will try my best to let it go.

Posted by Cottontailfarm at 8:36 PM