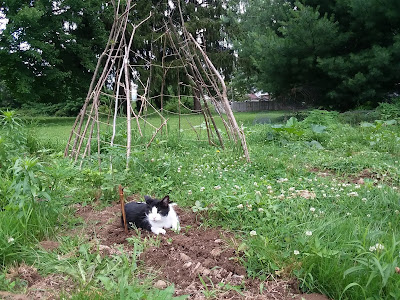 Bee, miffed about having her picture taken. 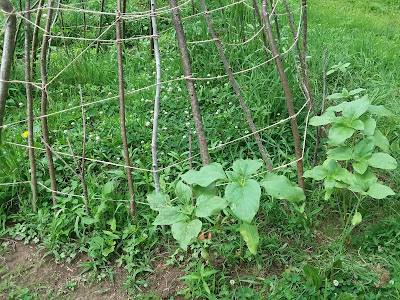 Here is the progress on the garden tepee.   It's just starting to grow but will be a big, wonderful mass of green eventually  Here's a look at one of our previous tepees.. 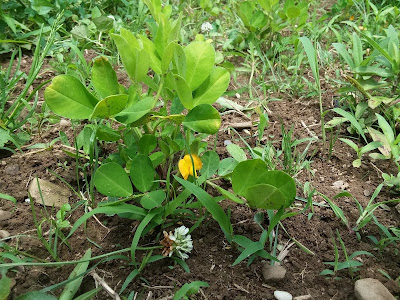 I had the chance to weed the whole garden today.  The peanut plants are still small, barely the size of a dessert plate, but some of them are flowering (no, they don't smell like peanut butter). Clover blossom for scale. 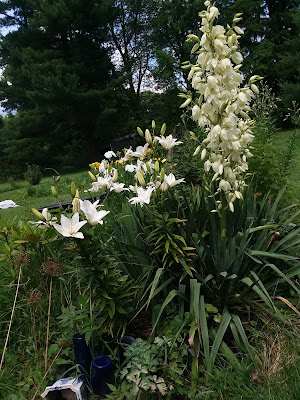 This is the bean shaped garden by the back of the house.  That plant on the right is a yucca.  I don't know why I've  fought against it for so long.  It was here when we moved in and every year I've dug it out.  Every year it's come back.  This year I decided I like it. 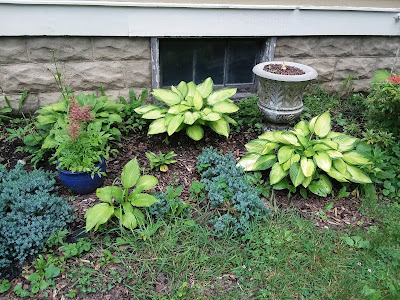 The hosta that were transplanted on the East side are filling in nicely. 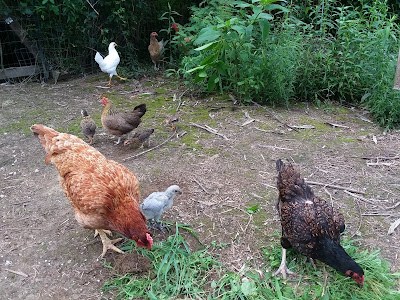 Not a plant picture, but I really hope that little grey chick is a rooster and we keep him. It's the last chick to survive of the 4 I bought her this spring. 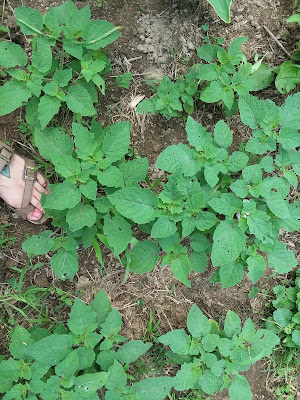 In the garden the ground cherry plants are doing well. 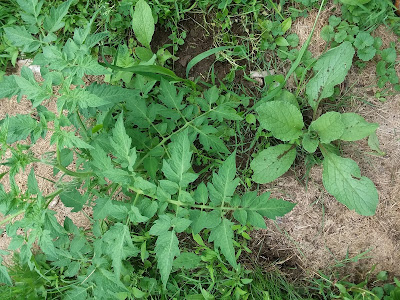 We've had lots of volunteers, like this borage plant next to a tomato. 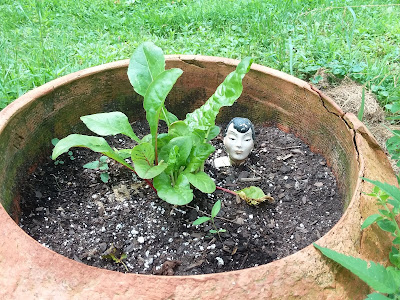 Swiss chard growing in a pot.  The little bust was found in a burn pile out back. 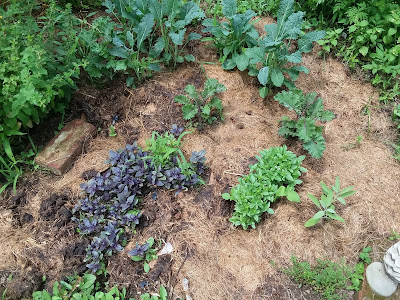 Herbs; two types of basil, sage, oregano and some kale. 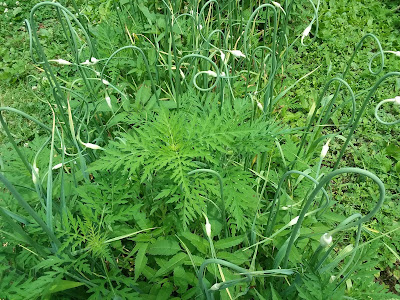 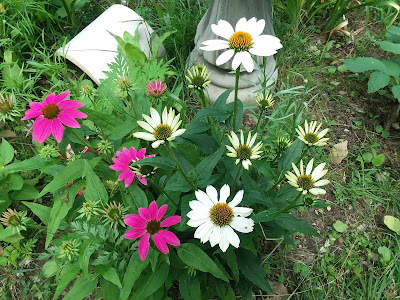 The butterfly/pollinator garden is really coming into its own That broken crock was intended for a toad but none have moved in just yet. 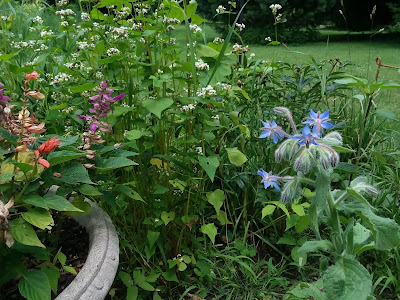 I love this picture: buckwheat and borage. 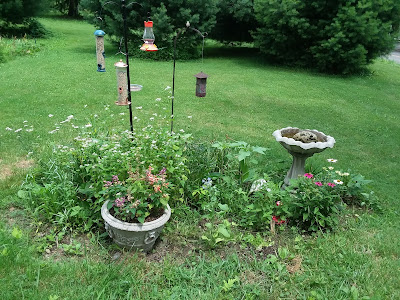 Here is the pollinator garden today  in its entirety.  Here is the post where we were just starting it.
We have not recently seen a lot of the birds we saw in the spring  The saddest part is that Bernie the Indigo Bunting has not been by in weeks.  I really hoped he's just moved on to warmer places and will visit again in the fall. As opposed to being caught by cats.

Tons of gardening happening here, in spite of ourselves. We have our first zucchini out in the garden, lots of greens and shelling peas.  It could be worse, that's for sure.

Posted by Cottontailfarm at 9:27 PM