Photos taken over the last 24 hours: 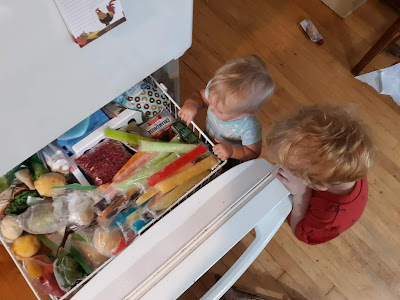 Organizing the freezer and counting Popsicles. 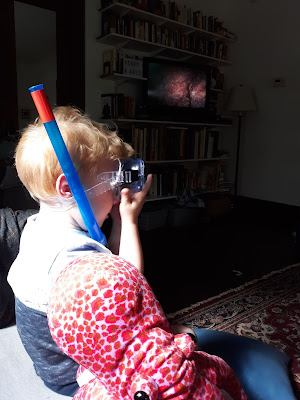 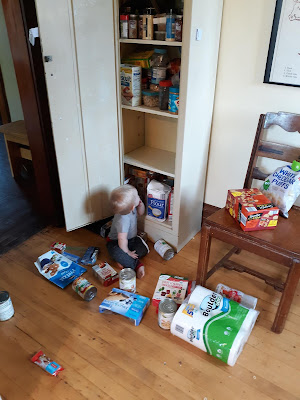 Raiding the kitchen cupboard.  Yes, we have a child lock.  Honestly, sometimes 5 minutes of clean up is totally worth 20 minutes of peace and quiet. Plus, I'm sure this is "learning" somehow. 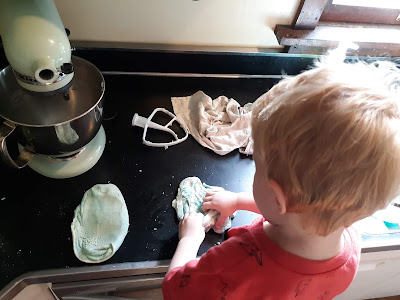 Making play-doh this morning.  We are out of dang near everything so the mixer has been in overdrive: homemade noodles last night, bread this morning, banana bread after that and for the grand finale: homemade play doh. 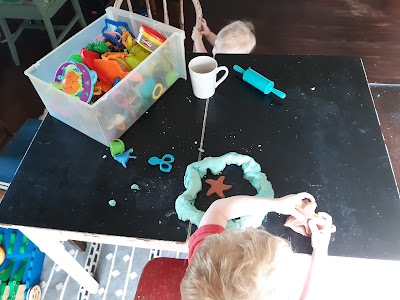 Which the oldest turned into a "starfish tank" all by himself.  "HEY! Do you want to see the Cleveland aquarium?" he asked 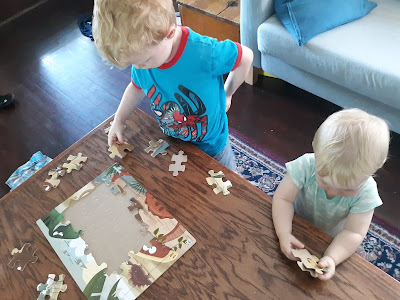 Working on a puzzle together last night.  These two are a few years away from stealing Playboys and cigarettes at the local corner store but it's not too far fetched to point out the mischief that is coming our way. 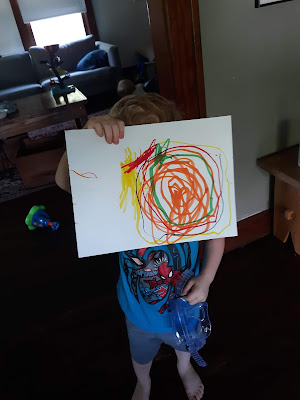 Rainbows.  Or the solar system, depending on who asks.

And so while we were playing with our homemade Play-doh today and making the starfish exhibit the skies darkened outside and we heard a rumble.

"Oh"  I said " I hear  the clouds knocking together and making thunder".

The oldest corrected me.  "No."  he said deadpan  "That's chipmunk toots".

I can't even.
Posted by Cottontailfarm at 8:00 PM