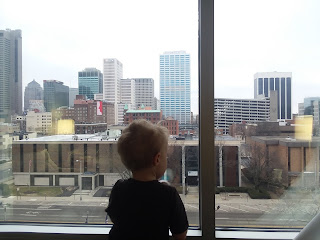 Also known as Columbus, Ohio.  The oldest called it Ko-lum-bee-us.  And called the hotel the "Columbeeus House". We met up with some old friends there, a wonderful couple that we were great friends with years ago before they moved away.

Columbus is halfway between our house and theirs. It was our first time meeting their adorable daughter and she and this guy were best friends for the whole trip.  We had adjoining rooms at the hotel and it was so much fun.  The Holiday Inn was more set up for business travel (no breakfast, no microwave) but at least the bar did let me take martinis up to our room.  These were much needed after the two 20-something bartenders declared that I looked "just like Michelle Pfeiffer!" I do not.  At all. The only things she and I have in common are that we are both white woman.  She is a 60 year old skinny actress.  I am not even 40.  And not skinny.  What the hell.  It reminded me of the time my sister was on vacation and a drag queen told her she looked "just like Sarah Palin!" (circa shootin' animals from a helicopter and seeing Russia from her house). I assure you she does not.  Both the bartender and the drag queen meant it as a compliment.  Both my sister and I wanted to weep a bit.

It also had a pool, which both of the older kiddos were obsessed with. And I was super excited to bring the vintage train case I refurbished and enjoy a shower with good water pressure.  Yay for hotels! 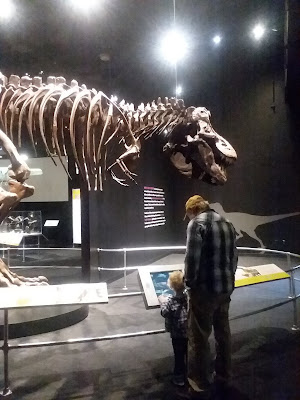 We went to COSI and saw the dinosaurs.  I thought T-Rex would be bigger, honestly. 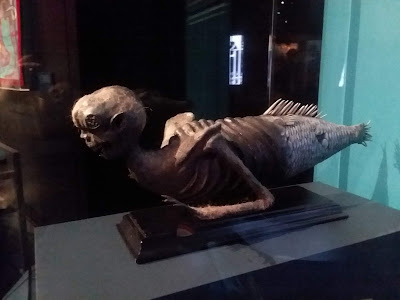 They had a traveling exhibit on mythical creatures.  Here's the famous Fiji Mermaid. A really creepy looking thing with a fun history. I think I need one for my curiosity cabinet. 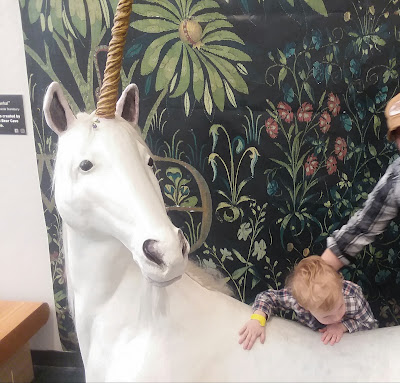 And a massive unicorn for the kids to climb on.  The funny thing about the mythical creatures show is that my husband and I recognized it as something we had already seen at the Cleveland Natural History museum about 8 years ago, back in our pre-children years. 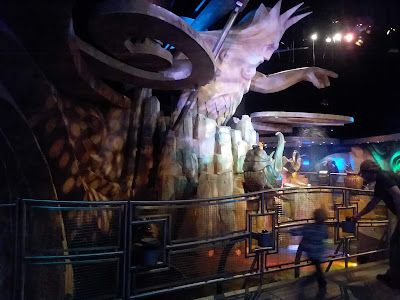 The whole museum was amazing.  All of it was interactive.  Without our discount (50% for being members at the Erie Children's Museum) it would have been over $100 for us to go in.  Happily we paid $50.  And it was worth every single penny.  We were there over 5 hours. 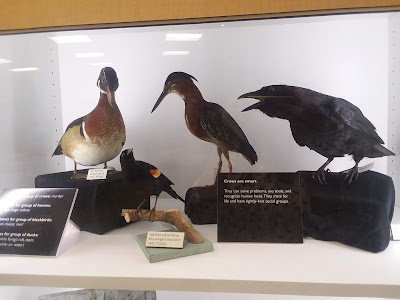 I wish my house looked like this.  Or at least one dedicated room. 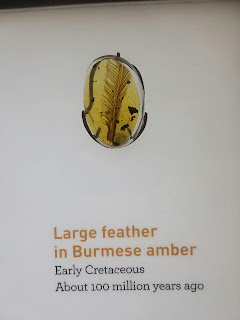 Look at this amber! 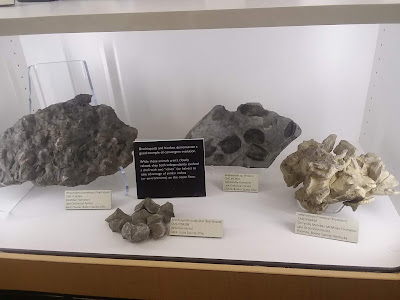 All fossils more or less local to the area.  We are planning a couple of fossil hunting/camping trips this spring so these were really exciting. 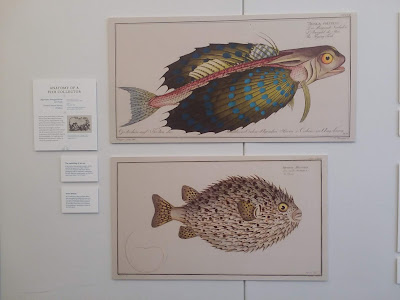 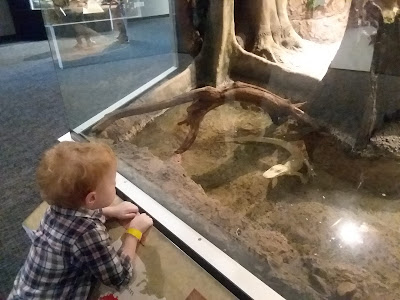 This tiny albino alligator looked kinda angry.  Like it was sizing the kids up.  For snacks. 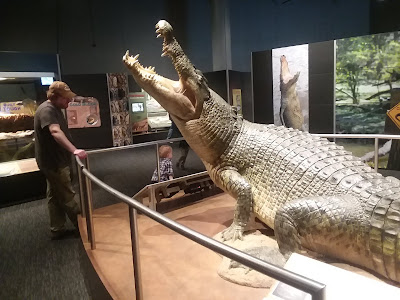 This!  This guy is LIFE SIZE! Named Gomek, this guy weighed over 1800 lbs and was over 17 feet long in life.  Holy crap.  It was like looking at an elephant or a draft horse.  Except, you know, those animals are herbivores you could probably safely turn your back on.  This guy was terrifying. 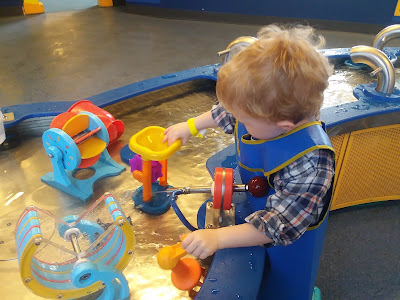 There was an amazing kid's place with a big water park area.

I cannot say enough how much we loved our visit to COSI.  Even the food court was fantastic.  The baby and I absolutely devoured a plate of healthy cauliflower/chick pea baked "tater tots'  Heck yes , I will be making them in the future.

The next day we went to the Columbus Zoo.  Which is apparently a big deal as far as zoos go but not many of the animals were out and a certain 3 year old *ahem* just ran around yelling the entire time. 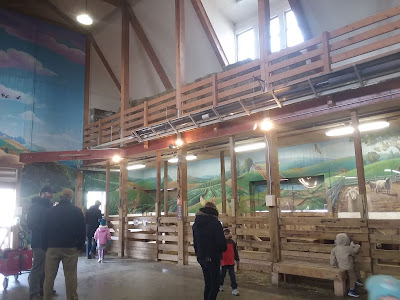 Here's a picture of the "barn"  Mini goats, chickens, pigs.  It was adorable.  We did see a few of the animals before parting ways for the long drive home.

This family.  Wow, how I miss them already.  A combined 3 children and how many years after last seeing each other we picked up just where we had left off.  Their daughter and our oldest?  They both have the same favorite bird.  The Downy Woodpecker.  I mean, let's just arrange this marriage now, right?

It takes a village to raise children.  And in this case, we really wish this part of our village lived closer.  I think the best times make you realize what you've been missing out on.

Posted by Cottontailfarm at 7:56 PM