Wait, don't we already have a camper?

My dad and the little man and I were driving around last week checking out some second hand shops and decided to stop at an antique store that we hadn't been to in about 10 years.  We got to talking with the owner's husband and one thing led to another... and he showed us this beauty out in the barn.  They had bought it off of the origional owners and it had been kept under cover its whole life. 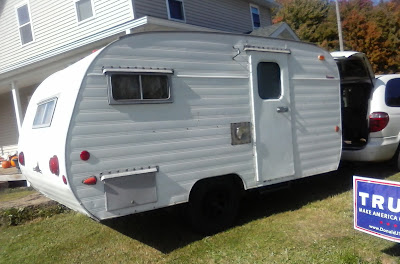 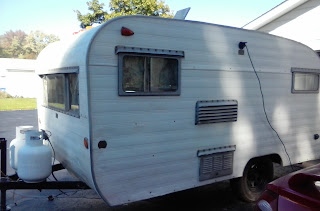 Here's the other side.  We've hooked up the electric in the photo.

It's beautiful.  It's perfect.  It's a Metzendorf camper, built in West Farma Ohio.  This maker was one I had never heard of in all of my time looking for a camper.  From what I've read Metzendorf was a small mom & pop operation and Amish workers and high school students were hired to help with the building.  The title says it's a 1974.... which was suprising based on the design and the years I've read that the buisness was open... but it has a title.

Metzendorf designed these to be able to be stored under cover easily.  It's only 7 1/2 feet high.  When you step into the camper there is an entryway of sorts and then you actually step down.  Kinda like a sunken room.. This should be a lot of fun after a couple of beers around the campfire.

Since there's so little information on these out there I want to share what I can for anyone who might be looking.  According to the title it was made in 1974, the dry weight is listed as 1,000 lbs and the body of the camper is 12 feet (it's 15 feet total).  The VIN is a 4-digit number that doesn't seem to relate to the year or length.  It has 15 inch tires.

I took these with my cell phone, so I'll try to get better pictures.  I think the "M" is really clever - a nod to Shasta's scrollwork "S" maybe?  You can see the sunken floor here.  Guessing this was a less expensive model because only the cabinet fronts are birch - again, I've seen other examples of this on-line. 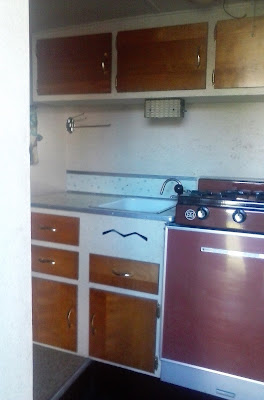 Dinette to the right. Table folds down and benches slide out for another bed. 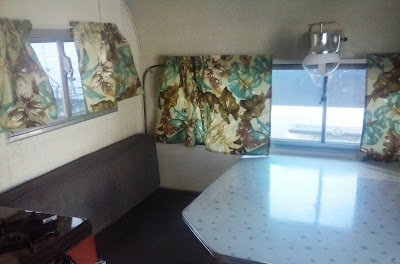 Close-up of the starburst formica. 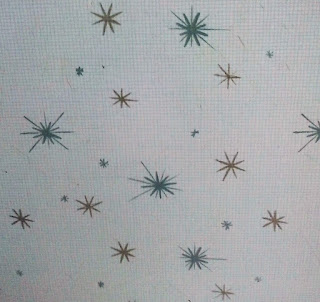 No pictures yet, but when you turn to the left there is a small closet and a bench that folds down into a bed.  There's also a hammock that can be installed over the folded out bed for additional sleeping although it looks really uncomfortable.

All of the appliances are intact and lighting is origional.  I thought that the speckled paint inside was a re-paint but I've read that some of the Metzendorfs came with this.  I'm not a huge fan.  The people selling it just had all of the cushions upholstered and curtains made.

It tows like a dream and is ready to camp in today.  Let me say it again, this baby is ready to go camping.  The Shasta 1400 was going to be a huge project.  I still love that's it's larger and is so bright and airy but there's no way I have the time to put into a project like this at this point in my life.  So, I'm going to sell it.  Hopefully, someone will want it for a hunting camp or a renovation project of their own.  It is a sweet little camper with a lot of potential.


Posted by Cottontailfarm at 5:38 PM