Pictures of a day

Here are pictures from our day today, in random order. 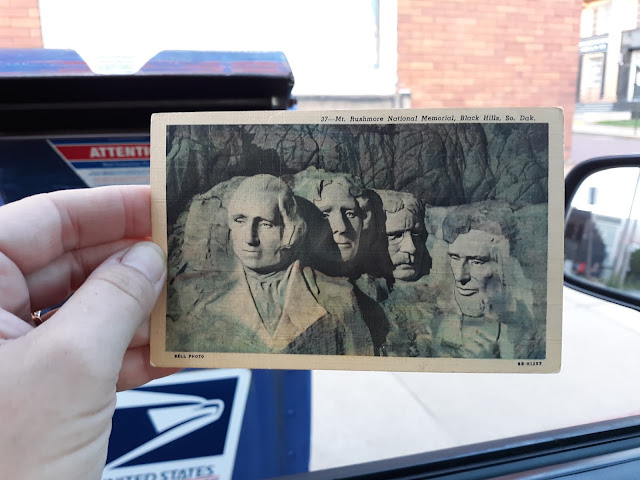 I mailed a card to a Postcrosser in Germany. He has sent/received something like 24,000 cards each way. This card has absolutely nothing to do with us but he mentioned liking monument cards in his profile, so...  there it goes. 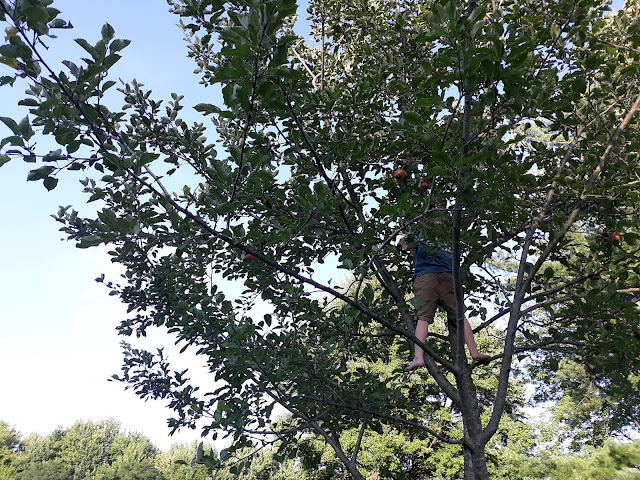 The oldest has been getting very brave with a small apple tree. At some point this isn't going to end well. So far we've been lucky. 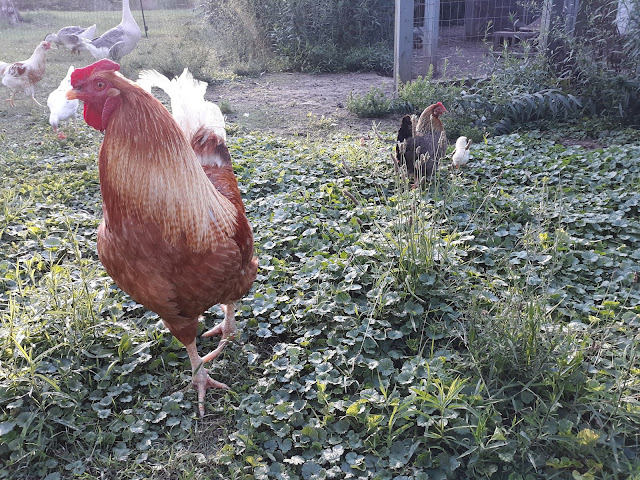 I was trying to get a photo of my amazing bantam mama who has hatched babies yet again, you can see Kwazii felt left out. 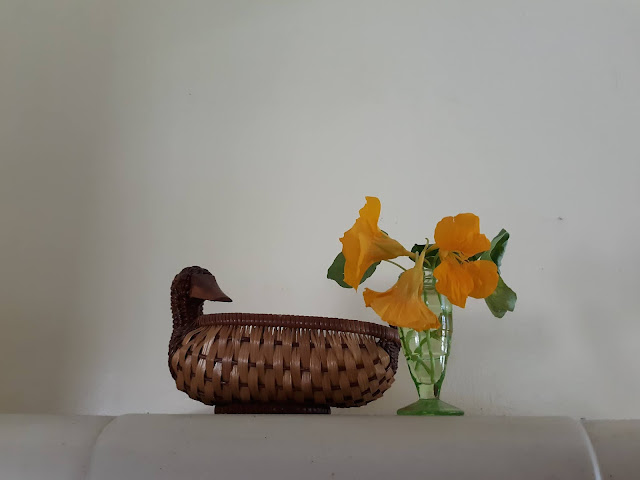 I brought some nasturtiums inside and made a little still life to remind myself of friends we haven't seen in a while. 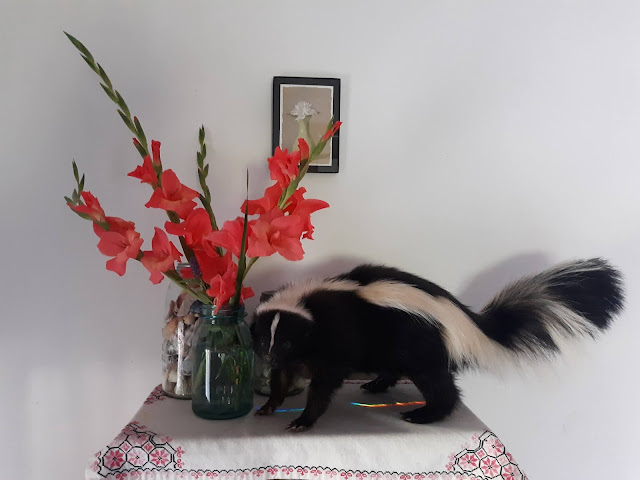 Gladiolus got set next to a skunk, I like how the window prism cast a rainbow here. 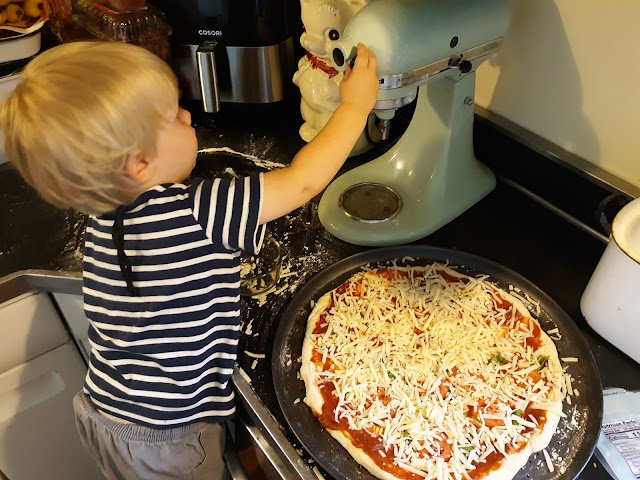 The youngest got busy in the kitchen helping with homemade pizza.  The grownups had garden basil, tomatoes and sweet peppers on our half. 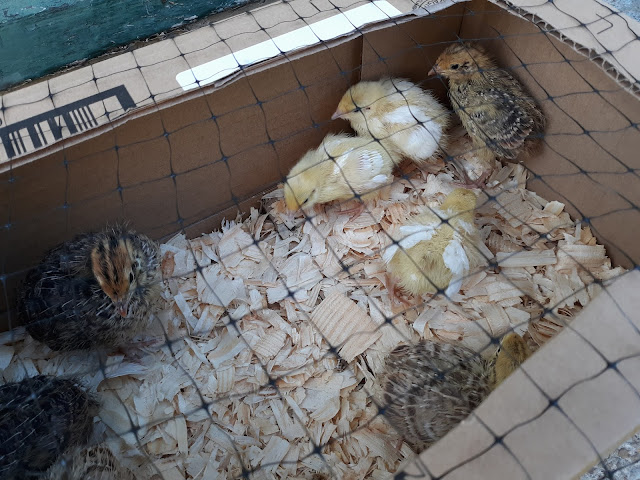 I've sold off the last of my quail. These babies and 3 juveniles all went to the same family that bought the previous group. They seem like really nice people, doing creative things like making cheese from their sheep's milk. The quail are the project of the little boy, he looked about 11. We are now quail-less. 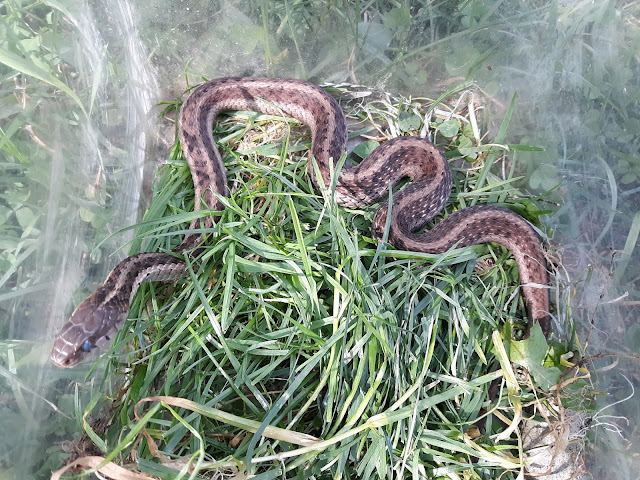 While boxing up the quail I went into the garage for wood chips and found not 1 but 2 garder snakes. I grabbed one and brought it inside to show the kids, the youngest yelling ""No touch! No touch!" but very curious to look. It's been released in the woodpile. The snake, not my son. 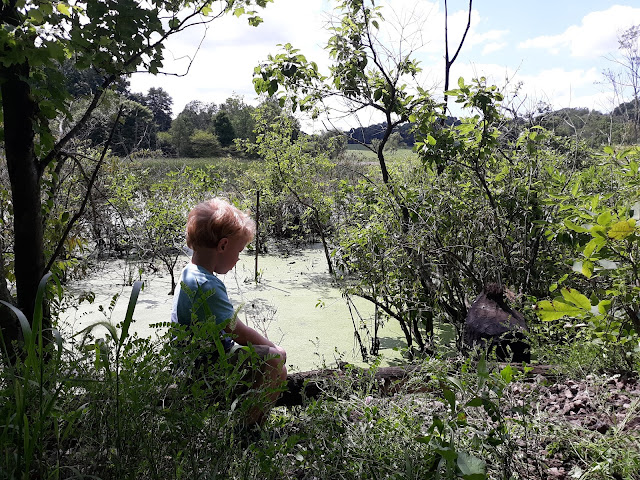 We took a family walk today. The youngest accidentally hit the oldest in the face with a rock, hard. Otherwise it was a lot of fun.  On the way home my husband and I were talking about the upcoming elections and how I just don't understand the continued support some citizens have for certain elected officials considering what a mess the country is in. There was a pause in the conversation at which point the youngest decided to voice his opinion on the subject which was, and I quote, "aww.... fuck".  Everyone laughed, especially the oldest. 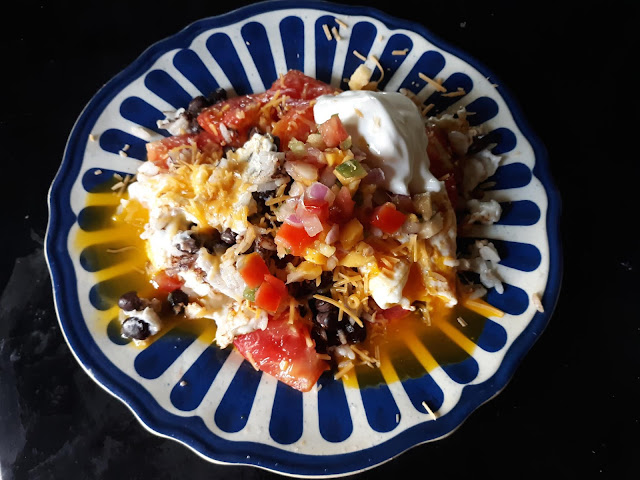 Totally unrelated, and who cares about this, I made my favorite lunch today which was eggs over rice and beans with a tomato. Aldi has this amazing mango salsa right now that I hope they keep stocking. 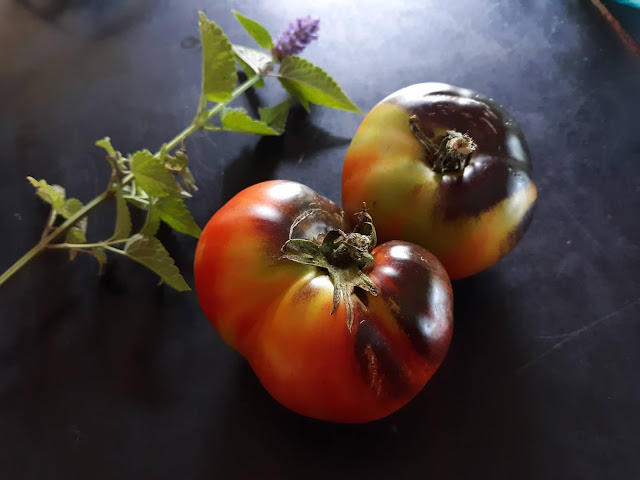 I don't remember the name of these tomatoes but they are beautiful and have a very good flavor. 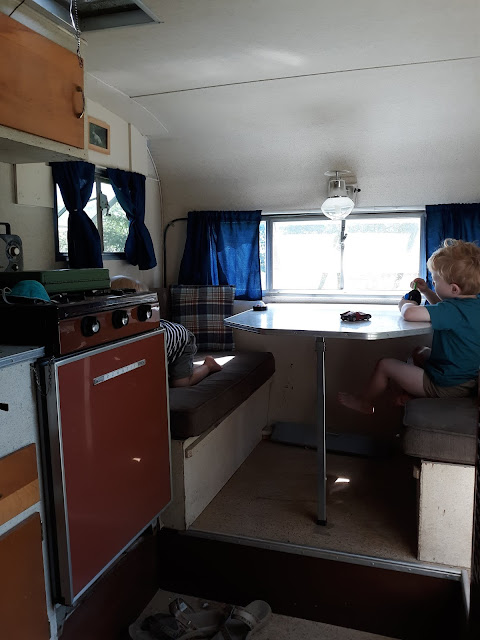 We played in the camper this morning. 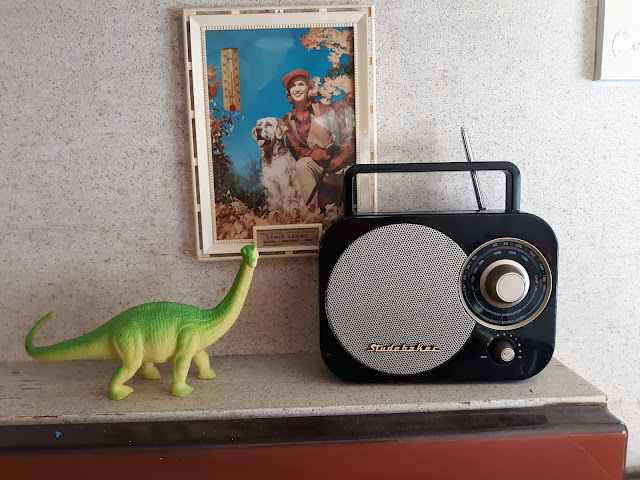 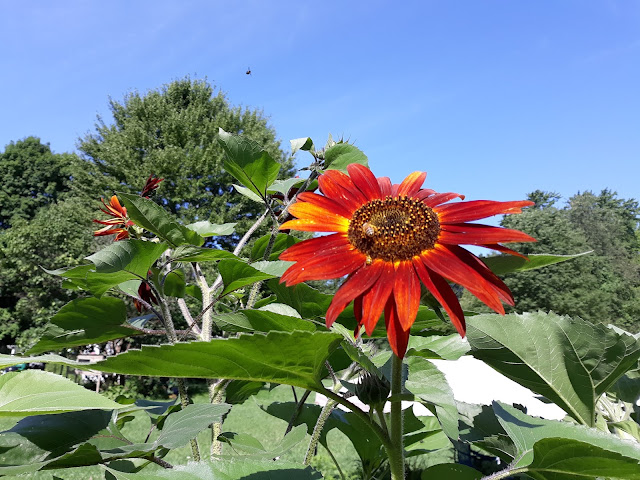 I didn't notice it at the time but a bee snuck into this picture. These sunflowers are really tall and came in a mix if I remember correctly. 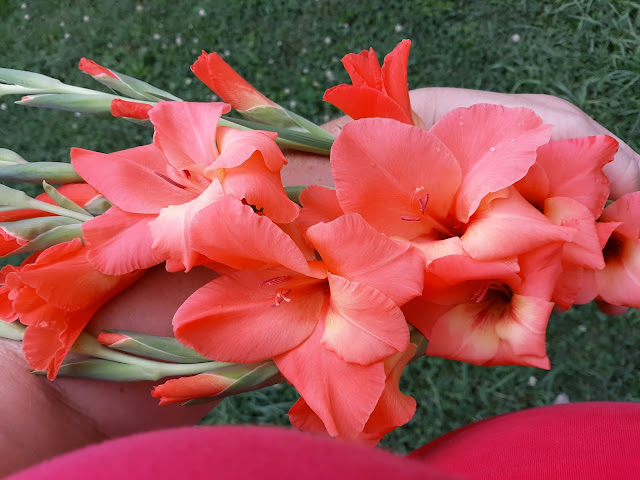 I do not remember buying these gladiolus at all. They are the ones in the skunk picture. The color is so pretty. 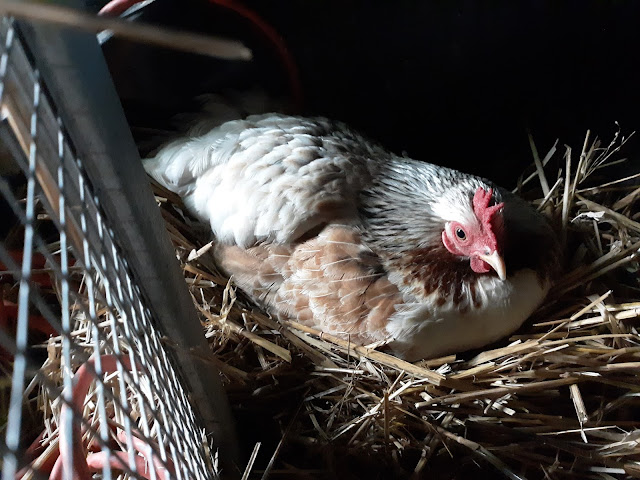 The reason the quail are gone is because we have too many birds. I don't mind it but it's a real slapped-together setup and it's unreasonable to expect anyone else to care for them all when I have the baby. Between the quail, chickens and geese there were 7 different stops to make each morning and night. Selling the quail got rid of 2 of them. So imagine my horror upon finding this hen on a nest in the shed. She's the same hen that randomly started crowing and when she disappeared recently I thought she had either wandered off somewhere or was eaten by something. Apparently not.  I have no idea what to do with her or where to put her to keep her safe.

And that was our day today. Please forgive the typos and all other mistakes. Blogger has apparently put out a new version and the new setup is a bit confusing.

Time to clean up the house and off to bed.

Posted by Cottontailfarm at 9:21 PM