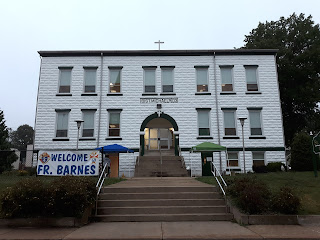 The big news this week is that the oldest started kindergarten! He absolutely loves it and looks like such a little grownup in his uniform, especially when I sent him today in an actual sweater vest. He seems to have grown up so much in the last couple of days, it just doesn't seem possible.  He's even a tinier bit more polite to his little brother. 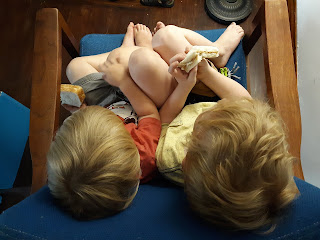 My mother came from a large Catholic family.  This school is the same one that she and her brothers all attended, probably her cousins too. I went there myself but only until second grade. My mom tried hard, very hard with my sister and I. We went to church every Sunday, confession, religious education.  None of it exactly stuck. We both ended up with an interest in Buddhism.

So there's been a running joke between my sister and I that mom caused this pandemic, or she and her Aunts called in some favors, to ensure at least one of her grandchildren was forced into a Catholic education.  A global pandemic affecting millions? Just so that one of her grandkids would learn the Commandments, go to Mass every Friday and her daughter would quit saying the eff word so much?

Yeah, sounds like something she would do.
At the least she would be very, very happy.

So it's been the youngest and I all by ourselves during the days and it's been a blast. I love 2 year olds. He's so adorable,  his new thing is saying "of course!" instead of "yes". But he says it with his voice full of wonder as if someone has just asked him if he'd like to feed cupcakes to a unicorn or something.  After feeding the chickens every morning we clean up the house and then go upstairs to try to get organized for this new baby. It's going slowly. 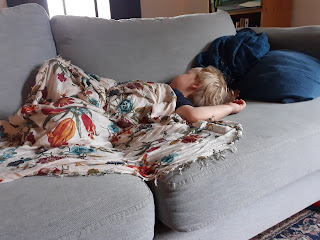 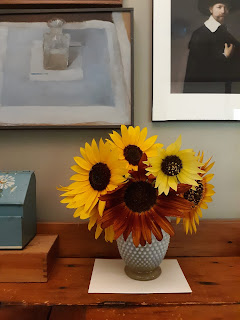 We don't have near the flowers we usually do due to lack of rain (although it is pouring today!) These sunflowers drop pollen all over but they cheer the place up.

I took some roosters to Surgeons this week to be put in the freezer and also have been canning tomatoes. 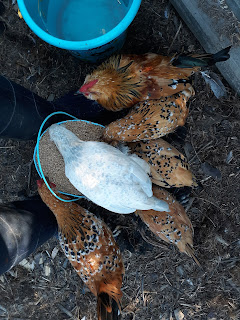 Anyone local want a pair of these as garden ornaments? They're too pretty not to try to find a home for. L? Less work than a cat and they make groceries? 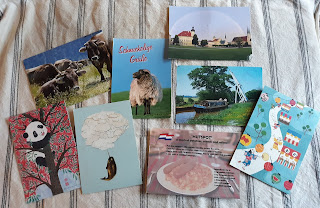 Still deeply in love with Postcrossing.  Here are some fun recent cards. Can anyone translate the one was with  the sheep? Google tells me it means "cute pit". I think something is getting lost there. 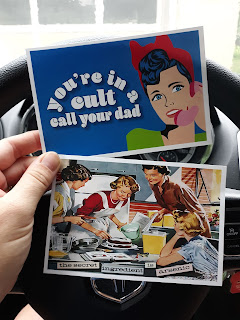 These came in the mail today from Etsy. My sister is a huge fan of the Podcast My Favorite Murder and I can't wait to send them to her. 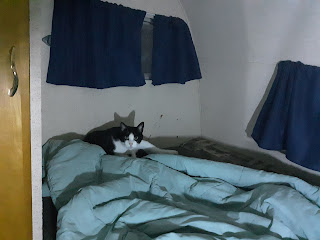 Here's Bee in the camper with us over the weekend. I want to remember that Elyse came home this morning having apparently been in a fight last night. She's missing a nickle sized patch of fur and skin off of her haunch. No idea. Bee and Elyse have been having the neighborhood cats over every night to sit on the porch (an orange tabby and a grey and white cat, both look well taken care of) so maybe she got in a cat fight but I have a really hard time picturing this. Elyse is delicate flower, not a scrapper.

I finished The Devil All The Time and it was fantastic. Before buying another Donald Ray Pollock book I've pulled this off the shelf. 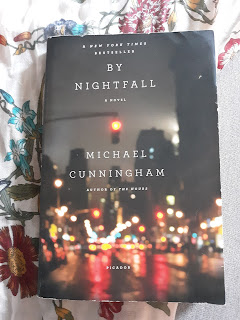 It's funny how many book have been picked up over the years that are sitting up there still waiting to be read.

I think that's about it. Going to take the youngest to visit Papa, buy umbrellas at Walmart (apparently we own 2) and hit the post office before school lets out.


Posted by Cottontailfarm at 12:52 PM