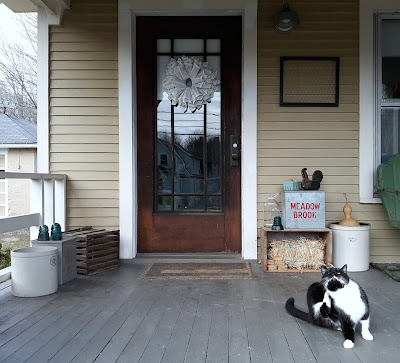 It was embarrassing the other day when my friend dropped off the egg basket and wooden chicken. Our front porch still had a bunch of dead Christmas greenery laying all over.  I mean, he's a guy and probably didn't even notice but it looked awful. So yesterday I got out a garbage bag, cleaned it up and decorated the porch.  The wreath was made from an old dictionary and a cardboard pizza box.  Which is probably why it doesn't look anywhere as nice as the Pinterest photo. 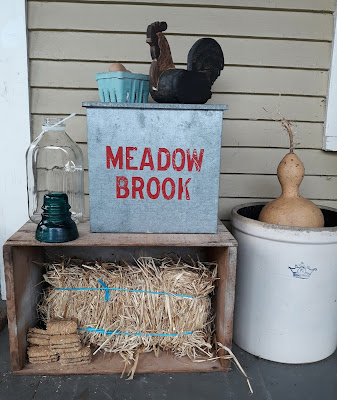 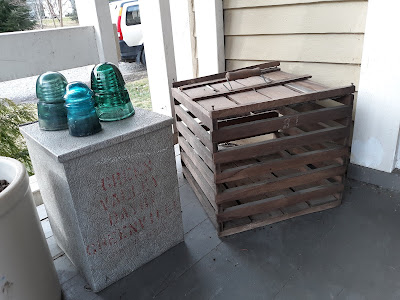 I love this old egg box. 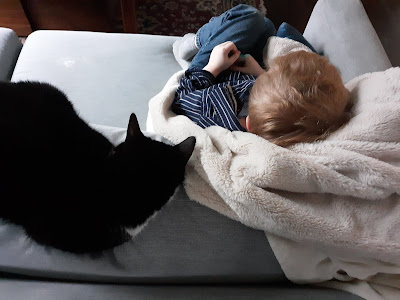 Yesterday we spent some time playing outside; just long enough for the oldest to fall out of a tree.  Actually, he more slid down the trunk on his face.  He bit his lip, scuffed his chin and there was blood everywhere.  It was awful.  Bee spent the evening watching over him. 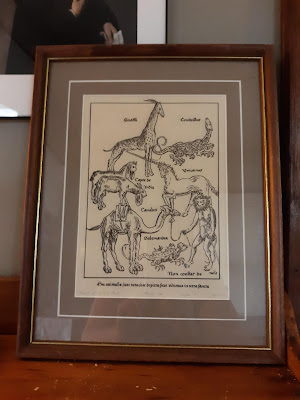 I found this signed and numbered print at the thrift store for $5.  It's titled "Beasts of the Holy Land".  Taking the backing off the frame revealed a business card stating it was made by a company in N.Y. that boasts "Renaissance forgeries printed by hand".  I LOVE it.  We'll re-frame it 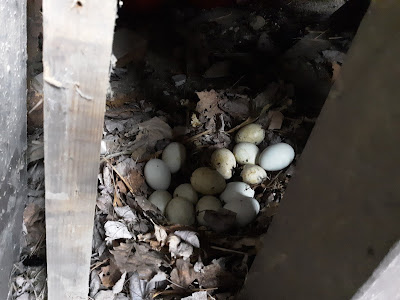 The little white and black speckled Easter Egger hen bursts out of the coop every morning and takes off towards the shed.  Today I followed her and found this pile of eggs behind some old lumber.  She isn't sitting on them, just laying them there so I took them up and have plugged in the incubator.  She's really beautiful and the eggs should be fertile so we'll see in a week or so if any will develop of if they've been out in the cold too long.  None appear to have frozen and cracked, so here's hoping for luck. 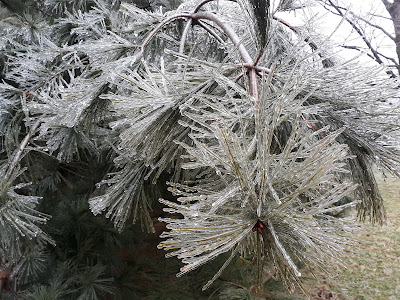 We had freezing rain last night. 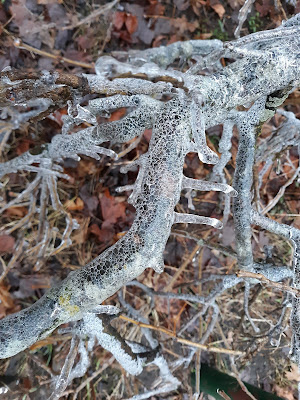 I thought this branch was really pretty. 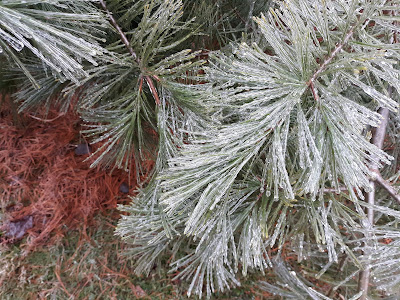 Everything looks amazing but limbs are falling everywhere.  Scraping off the car this morning I heard a crack like thunder and looked up to see part of a tree come down in the neighbor's woods.  Leaving the driveway we heard another big boom and found two massive limbs had fallen off of one of our huge pines.  We also lost part of the lilac tree and can hear branches falling out back. 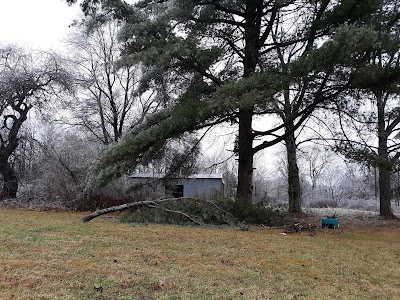 So we're staying inside to avoid being killed by falling limbs.  May go to the library after dinner, we'll see.  Hopefully not fall asleep at 8:00 watching Mr. Rodger's Neighborhood like I did last night.
Posted by Cottontailfarm at 3:38 PM