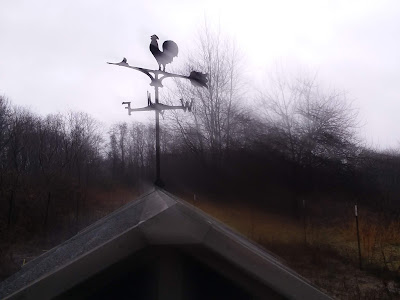 This weekend, Friday evening maybe, I mounted a small weather vane on one of the chicken coops while it was raining.  It was something i found in my grandparents' house before it was auctioned.  Not something that was original to the farmhouse but something newer my Grandpa probably picked up at a yard sale.  Part of the E is broken off but it still looks nice.

My nephew celebrated his birthday with a sweet party at a movie theater.  The oldest ran around with a balloon and watched about 20 minutes of the movie before announcing 'I'm done with this activity".  We had driven over an hour to get there so, after stopping at and leaving Chick-fil-A in disgrace, on the way home we stopped at an indoor rec center by us so he could get his wiggles out after being cooped up in the car. 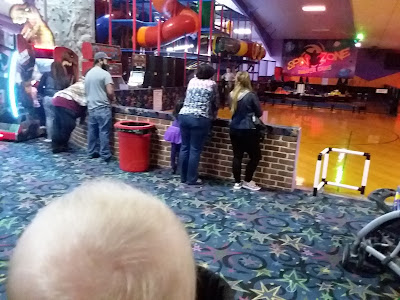 The youngest rode in a carrier and we watched all of  the activities while the oldest ran around the indoor play area with my husband.  The little one and I played some arcade games and turned all of our tickets in for a couple of miniature slinkies that probably cost us $12 in quarters.  It was a good time though. 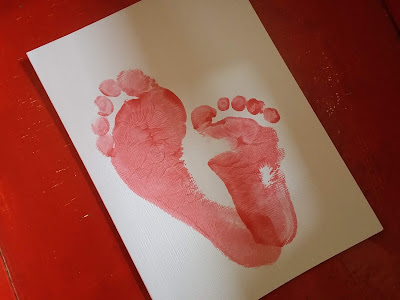 A miracle occurred; both kiddos cooperated with making Valentine's cards for the grandparents. 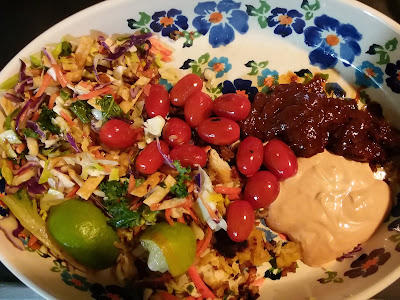 We had really excellent fish tacos, here are the leftovers pictured.  Aldi's has a big Asian cooking section at the moment and I found some fun things to try. Tilapia was fried in coconut panko crumbs.  Orange/ginger dipping sauce, grilled tomato and an Asian salad completed things. 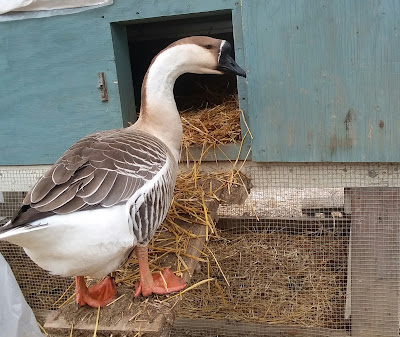 This lady has been walking up the chicken ramp and wedging herself into the coop.  It was her preferred place to lay an egg last year so I started searching for goose eggs in the afternoons. 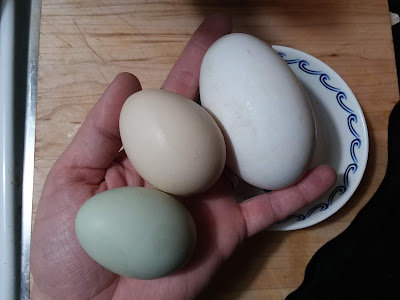 They're huge. Chicken eggs for scale.

Success! We've gotten 3 eggs over 4 days so I suspect both ladies are laying.  It's funny that the goose eggs are arriving the same week as they did last year.  For now we're just making pasta and cooking with them but the goal is to fire up the incubator.  Except that when I crack them open they don't appear to be fertilized yet.* 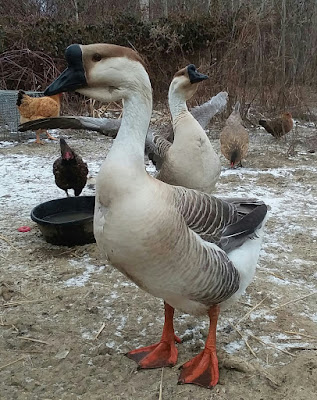 Poor guy is trying but he's young and doesn't seemed to have figured out how to *ahem* get the job done.  Hopefully practice will be its own reward here. It would be really fun to have goslings. 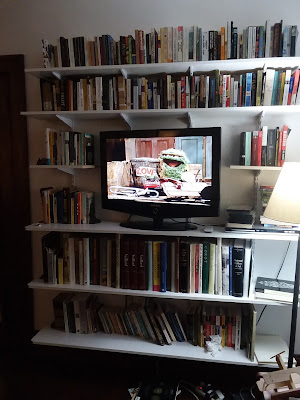 And this happened.  We've been without a television for about 8 years.  A funny thing happens when you tell people that you don't have T.V.... for some reason people keep finding excuses to give you their old ones.  Out of pity?  I don't know.  This is the third T.V. we've been "gifted" during our time without.  It's a big loud eyesore, and I'd rather throw myself out a window than sit through an entire program of just about anything but it is a huge improvement over watching PBS on my phone.  "Look!" my husband joked "now we're just like the rest of America!"  That noise you hear is me weeping a little.

On the bright side, and this is a big one, it forced us to take every single book off of those shelves and reorganize them.  I spent Friday night happily alphabetizing them all by author and re-shelving them. 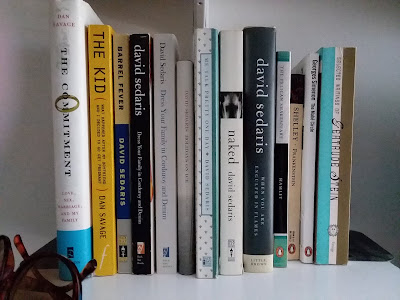 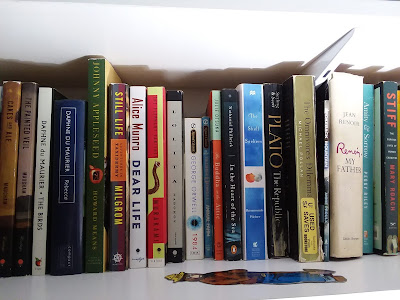 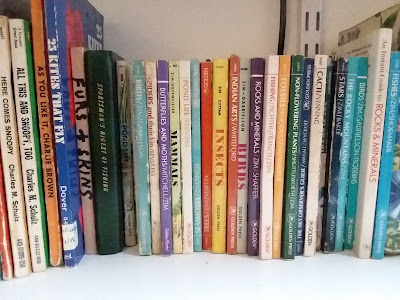 The little field guides got moved onto the bottom, kid-accessible shelf.  I found a bunch of book marks that had been tucked in between volumes and have started reading again. 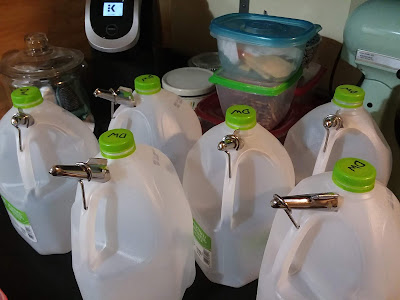 The sap jugs are all ready to go, tomorrow after preschool drop off I'm going to pick up a drill bit and get moving on this project as long as it's not pouring rain.  One of our dear friends alerted me to a syrup making workshop that was held locally over the weekend; I couldn't make it due to the party but called and the educator there was kind enough to answer my questions.  It is early but some people are tapping now, the taps can be left in for weeks apparently.  I guess, like most things, the time to do it is when you have the time.

*it occurred to me this morning to explain this because it potentially sounded gross.  When you crack any egg, you should notice a tiny white circle in the yolk.  That's the germinal disc that has the potential to become a chick.  That little circle looks like a bulls-eye or doughnut when the egg's been fertilized..  That's all.

Posted by Cottontailfarm at 10:42 PM