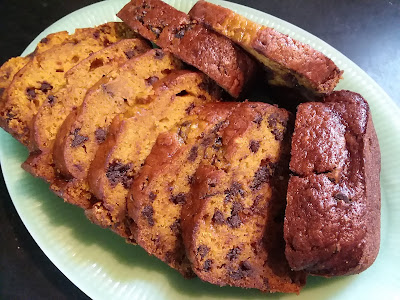 For Thanksgiving I decided that the oldest and I would make some chocolate pumpkin bread.  He's been getting into more activities in the kitchen and loves the responsibility. 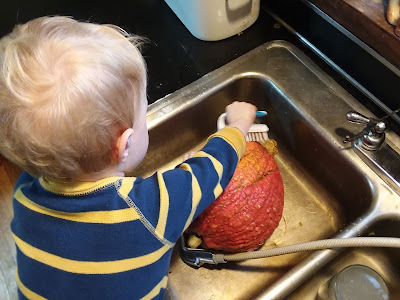 First the squash needed to be washed and scrubbed before we could bake it.  We didn't grow this squash, it came from a community trick or treat event; one of the stands handed out squash and pumpkins instead of candy. 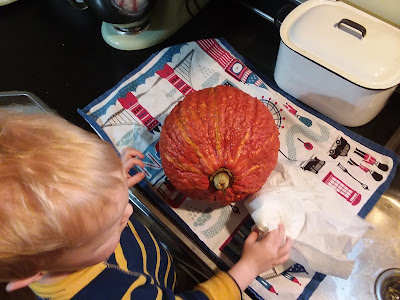 Then it was carefully dried so a knife wouldn't slip when it was cut open.  I tried hacking at it exactly once then called my husband in to deal with it.  The rind on it was so thick and tough that I wasn't going to cut my hand off trying.  He sawed through it but made me promise he wouldn't have to do another one.  I think the problem is that we were using a knife on the thing.  A hatchet or shotgun would have been more effective. 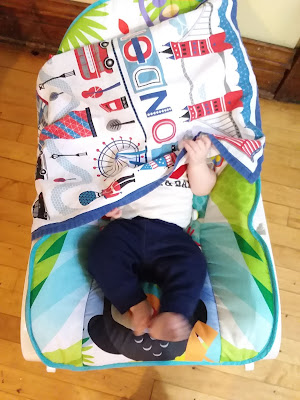 We learned the squash is an old heirloom called "Red Warty Thing". Seriously.
"Oh" my husband said.  "It's a Gruffalo squash".

And with that the pumpkin bread became Gruffalo Cake.  And I'll grow this squash every year.  Not in the deep dark wood, but in the sunshine of the garden. 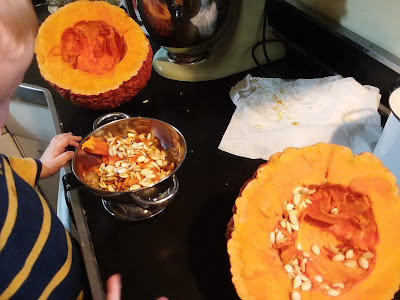 There must have been a hundred seeds in this thing.  We washed them all, laid them out to dry and talked about how each seed could grow a new plant. 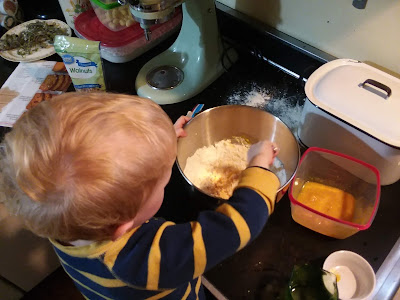 We baked the squash.  It took forever.  Then he made the Gruffalo cake and the family Bicardi rum cake.  Today he made our sandwiches for lunch.  He's doing great and loves it. 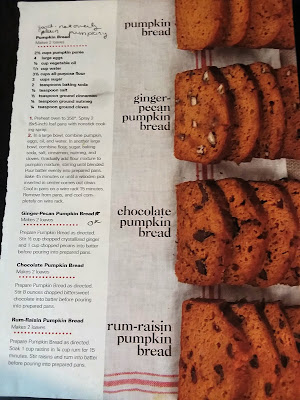 The cake was delicious.  That squash is probably one of the best I've used for baking, both for flavor and texture.
Posted by Cottontailfarm at 10:20 PM