What did I buy?

I mentioned a couple of posts ago that the TSC store here was selling late summer chicks this year.  The little man and I were in there yesterday picking up something for the cats and, well, they had the remaining chicks marked down to 99 cents.  99 CENTS.   I don't have the willpower to say "No" to that.  We bought 10.  When we came home I called the hatchery and deleted the egg layers from my upcoming order and added some more meat chickens (and the grand total was still considerably less). 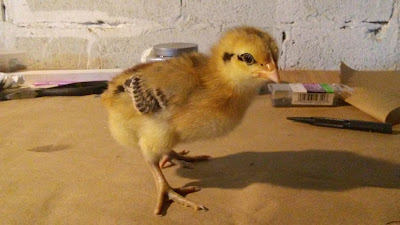 The guy at the store thought this was a Red Ranger.  I've raised Red Rangers and am more inclined to say maybe Easter Egger.  These also have a big dark brown patch on their backs.

The next two pictures represent the other two color patterns.  He thought they were all"Rainbows".  I have no idea what those are. 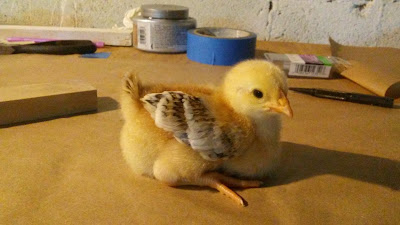 They seem to be the same with the ones with the heavy barring maybe being little roosters (more pronounced combs too). 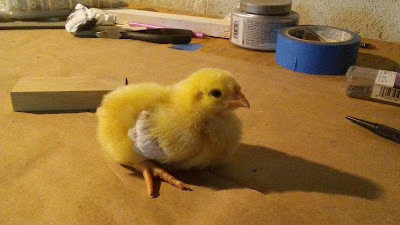 Any idea what we bought?  I love surprises.  They'll either make eggs or taste like chicken, a win either way.


Posted by Cottontailfarm at 1:39 PM