My little bantam hen from the auction went broody. Again. This poor bird wants to be a mama so badly. She did hatch babies last summer that were eaten by turkeys but after that she had two more failed nests. I didn't have the heart to let her set out a third one with no little ones to show for it. 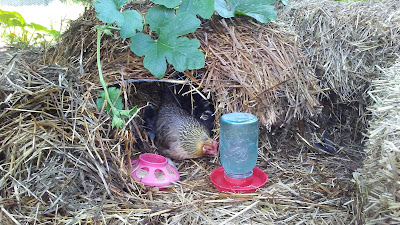 But wait, what's this?

For the first time, Tractor Supply is selling chicks in late summer. It couldn't have come at a better time. I scooped up 6 of these little ones at $1.99 each. 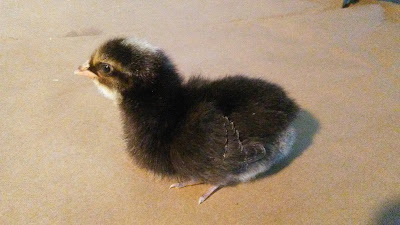 They're some sort of hybrid called Asian Blues. 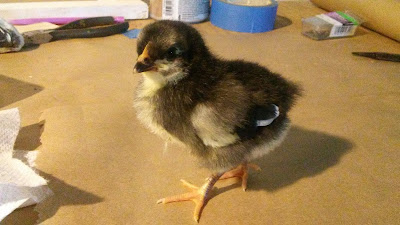 I went out last night when she was sound asleep and quietly slipped the peeps under her. I also took away as many of her eggs as I could reach. Candled, they were all unfertilized except for one that looks to be close to hatching. That one got put back under her. 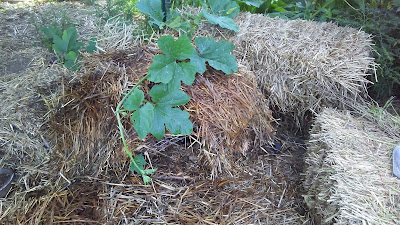 The nest is in a flowerpot under some straw. I added a scrap of fencing and covered the whole thing with more straw to try to camouflage it. 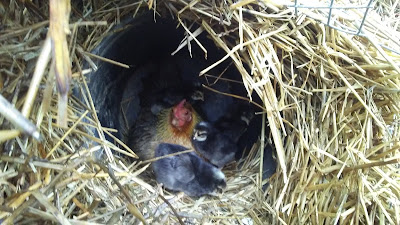 This morning: look! Can you see one of the peeps is sitting on top of her back? She's still sitting on that egg but is being a great mama. The chicks took to her immediately in spite of the fact that they were several days old and had never seen a grown chicken before.

I don't want to say "success" too soon but it looks promising.

Posted by Cottontailfarm at 11:20 AM