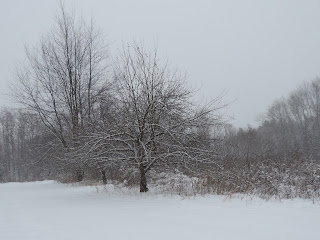 Winter has come on with full force here.  We got a foot of snow this weekend and now there's more coming down.  Friday is supposed to be our first day without more snow.  Nothing to do but stay in the house, read a book and roast a chicken. 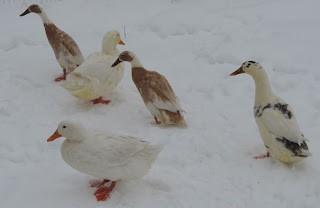 I read The Kitchen House this weekend and it was very good, if a bit predictable.  It's the story of an Irish child brought to a plantation as an indentured servant in the late 1700's who is raised by slaves and grows up to eventually marry the man that owns the place. When I closed the book what stuck with me was that I really do not understand why the main character didn't grow a pair and kill her husband. Maybe after he beat her senseless but before he sold off the child she called her daughter would have been a good time to get that job done.  She had a husband who passed out drunk everyday and a house full of opium at her disposal.  It would have been easy. There was already one dead body in the privy and there wouldn't have been a lack of volunteers to help get rid of this one.  Just sayin'.  It would have saved everyone a lot of heartache. 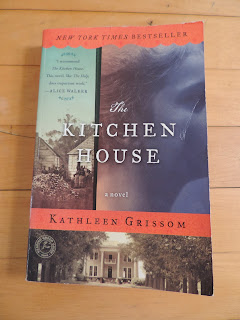 There's a sequel to this book and I might pick it up at some point. I don't know.

The little man is used to spending time running around outside and so the snow has really put a cramp in his style.  He's really into books and blocks and pulling Bee's tail right now.  I gave him a handful of colorful fabric scraps that he likes to sort through and put into a bucket.   The majority of the day my house looks like this: 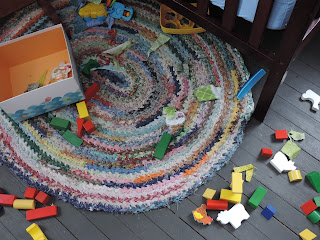 Lots to do this week.  I think we're going to get a Christmas tree and hopefully finish holiday shopping.


Posted by Cottontailfarm at 5:15 PM