The weather turned and we've had nothing but snow, ice, freezing rain and high wind. 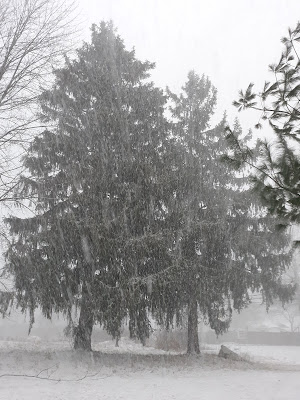 It's cold, wet and depressing. 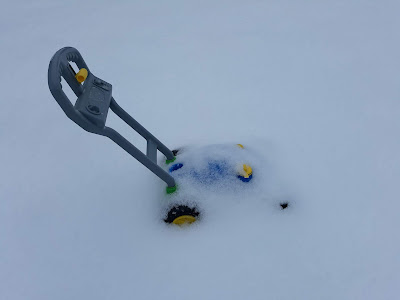 Someone really should have picked up all the junk in the yard.  Maybe it will snow more tonight and just cover it all up.

We've been huddled inside, watching shows, crafting and cursing the weather.  Fair warning that the following pictures are quite awful due to the low light and my inability to edit. I mean , really bad. 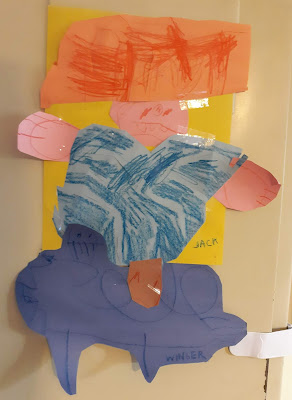 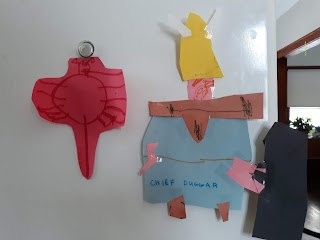 The oldest has been making characters from the Netflix show Rescue Riders.  It's an animated show about Vikings and dragons and it actually quite fun.  We use a lot of tape and construction paper around here.  Probably enough construction paper to account for an entire forest. 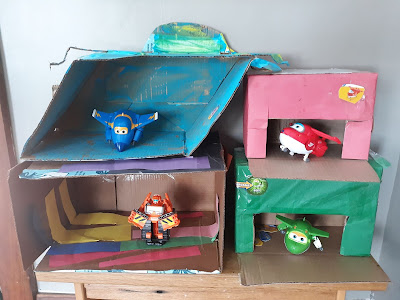 Hangers for all of his Superwings planes. 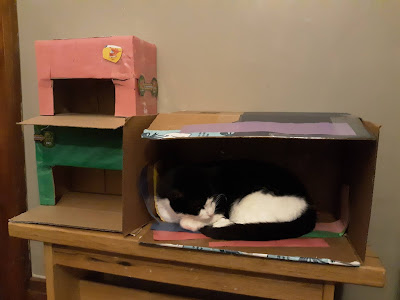 And this Dinobots school house which Bee has claimed for her own personal appartment.

We've been watching shorts on the Smithsonian channel about anoles. They're small lizards that live in wild in the southern U.S. and are kept as pets.  I remember seeing them climbing on the side of my Great-grandmother's house in Alabama when I was small.  The oldest is obsessed with the idea of having one and my husband and I have considered this as we both had them when we were little.  As far as workload, these small lizards would be somewhere above a fish but not nearly demanding as a cat.  Plus I think it's really intriguing to see the pictures online of people who have made beautiful terrariums planted with orchids and air plants and such.  We will probably not spring for this because the oldest doesn't want them to look at and observe.  He wants "a snare on a stick so I can catch them like a scientist!" and then conduct experiments to "see how high the different species can jump!" So, um. No. 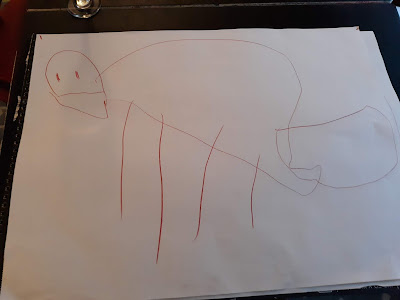 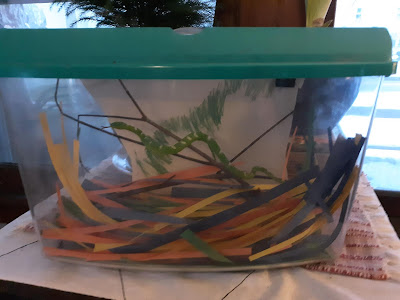 We did get out a small tank and get it "ready" for an anole: we made shredder paper bedding, added sticks for climbing, a "toy" plastic snake and a background. 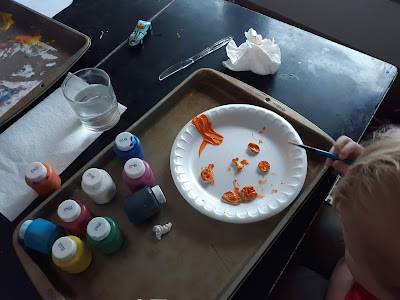 There was an afternoon where we pressed all sorts of plastic toys into fimo clay to make "fossils".  We baked them and then painted them. 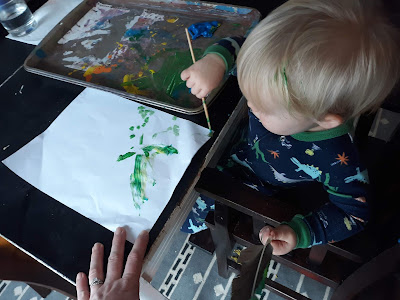 The youngest was given a goose feather and a paintbrush and mostly just painted his hair green.

Here's what I've been up to: 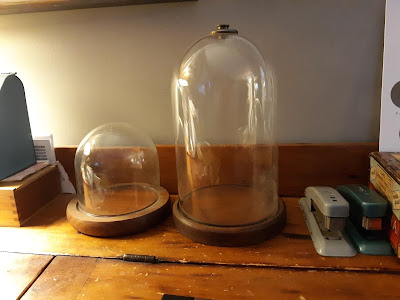 My dad recently gave me these two vintage glass domes.  They are lovely.  He thought I might want them for my curiosity cabinet.  But instead of filling them with feathers or skulls or other oddities every time I looked at the taller one all I could imagine was a flock of tiny Budgies. 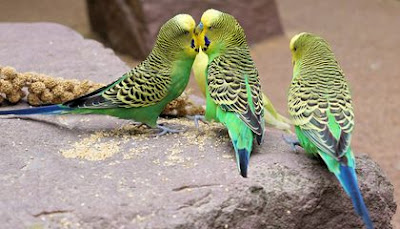 I flipping' love budgies.  They're so pretty and adorable. So I decided to make some out of fimo clay. 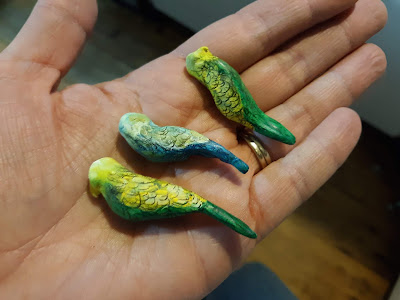 Half done.  I need to finish them and then figure out how to make a tiny tree to perch them on inside the glass case.  Working with fimo clay has been a lot of fun. 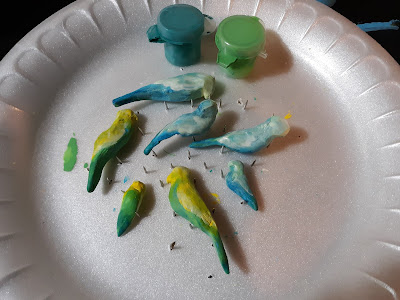 Here they are at an earlier stage.

The sculpting was easy, I learned to bake the figures in a bed of baking soda so they would keep their shape and not sag.  They've been mostly painted with acrylics but then the details done with colored pencils.  I'm not sure about sharing pictures of them half-done but it's such an unexpected treat to have a project to get excited about.

Well, that's it for tonight.  I'll probably work on the budgie flock after the kiddos have gone to bed.
Posted by Cottontailfarm at 9:03 PM