Wanted to share some pictures taken with my game camera.  This time we set it up by a deer rib cage in my parent's back yard, by a creek.  Look what showed up!

I'm not exactly sure what's going on here but it's pretty cool. 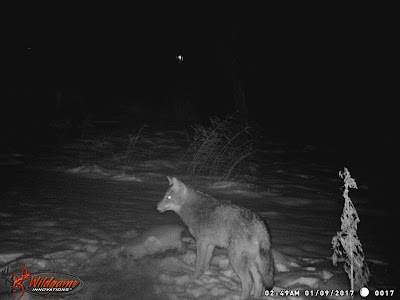 The house is walking distance from town but on the edge of a very large and wild section of woods.  Some pretty interesting things have come through over the years; a bobcat, the bear that destroyed a beehive and once a porcupine.  Lots of fun.  With the exception of the beehive of course.

Not much else going on here this week.  I baked this cinnamon swirl quick bread to take visiting tomorrow.  Made some bread, some homemade soups.  We ate well.

Think that I've solved the question of how to grow herbs in the house over the winter.  There's not a lot of light in our place is the problem. I had been trying to grow them in the kitchen but it was a bust.  We had a sunny day when it occurred to me that the cats, being solar-powered, really favor one particular window. 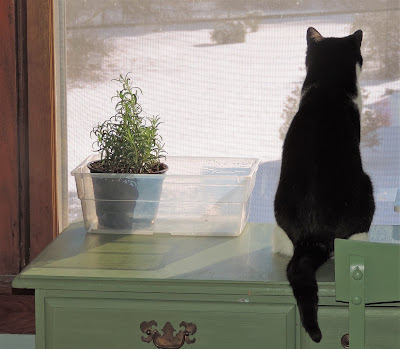 Unfortunately it's right in front of my sewing desk.  So far I have two pots of rosemary and a small one of cilantro growing.  So far the cats have kept their paws to themselves.  We'll see.

We're having another warm front and the ducks have all decided to molt at once.  The garden looks like a duck exploded. 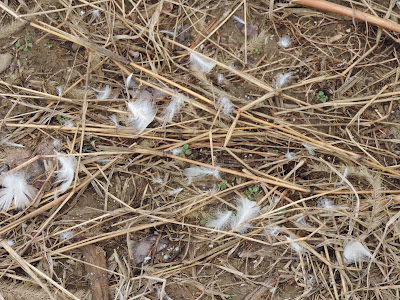 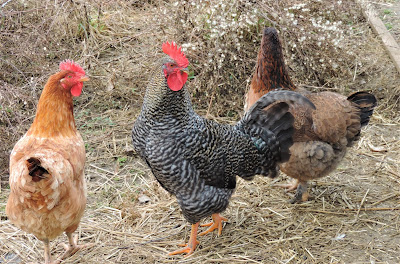 It remains to be seen if this guy is going to get to stay or not.  So far he hasn't tried to kill me yet but he is really lacking a certain *ahem* finesse with the ladies so to speak.  Mr. Rooster liked to woo the hens.  This guy not so much. More like he chases them around the yard until they collapse.  Maybe he'll get it out of his system or maybe one of the hens is going to have enough one day and stomp him.  Or I'll have enough of seeing it and he'll get turned into dinner.  I'm thinking of bringing in a flock of cochins in the spring instead of hatching eggs.  He is pretty though.  It could go either way.