There are so many things that need doing around here (like getting the Christmas stuff off the porch for instance) but the last couple of days I've decided that priority #1 is making the kitchen look less like a thrift store. Because, well, most of the things in it came from a thrift store. I attempted to thin things out and class the place up a bit. We threw out the plastic tableware and got two new sets of white dishes at Walmart ($10 per set).  I really pared down the amount of stuff on the open shelves. It could be better, we don't use all 3 pitchers at once but they are pretty to look at. 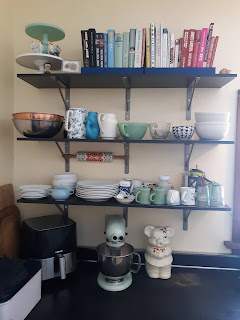 The cookie jar belonged to my grandparents when they first got married. And I left room on the very top shelf for the Famous Chef Shrine. 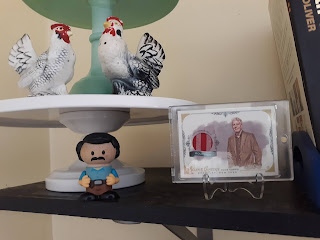 But what is that next to the random yard sale toy that looks just like Bob Belcher from the cartoon Bob's Burgers? Let's take a closer look. 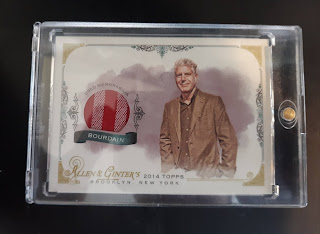 This was a gift from my father yesterday. It just makes me break into a huge smile every time I look up at it.  It's a relic card from one of my great food loves Anthony Bourdain.  Some trading card companies put out packs every year that feature non-sport celebrities.  A type of super rare card you might pull out of a pack is called a relic card because it contains something worn by the person featured.  So I have a piece of an apron worn by Anthony Bourdain sharing my kitchen with me.
This sounds odd when I try to explain it but Anthony Bourdain was kind of like a Mr. Rodgers for my grownup self, someone who went through the world gently and made me look at things with new curiosity.
Also on the dad gift front look at what he picked up out of a barn being salvaged: 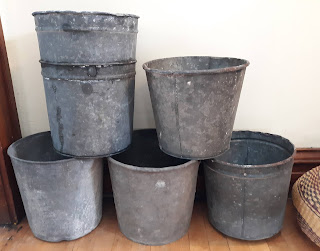 Old sap buckets! They are beautiful. Thank god we no longer have to look at plastic jugs. I've scrubbed them up, two have small leaks, so a FDA food-grade sealer has been ordered and should arrive Tuesday. Cheap pizza pans from Walmart will work great as lids to keep the rain out, they fit well and just need a hole drilled to wire them to the bucket. The good weather forecast keeps getting pushed back. Mr. H. and I were going to put in taps this weekend but instead of a thaw we have more cold. It was literally 1 degree F this morning. 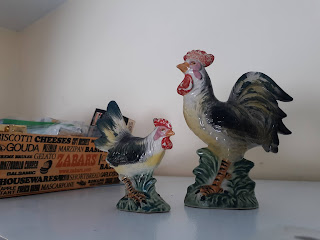 These have a place of honor on top of the refrigerator now that it's clear of junk.
Here are the vegetarian meals planned for the week: 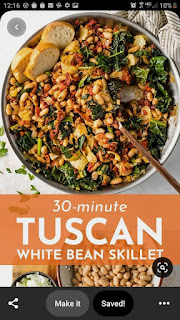 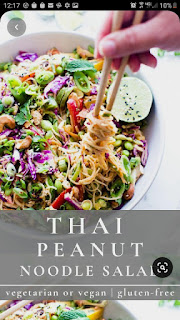 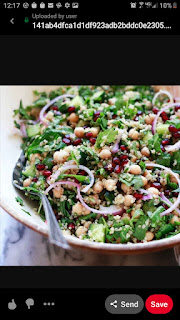 This last one is some sort of warm chick pea/quinoa/spinach/pomegranate salad we are having tonight.*
*Edit - Ok, wow, this is a keeper. It has a sweet dijon dressing and is really good. You don't need pomegranate seeds I think any seasonal fruit would work. I could have diced apples. Husband had chicken on his. This would be a great potluck dish if the world ever goes back to normal.
The chick pea gyros last week were so delicious we are having them again on Tuesday. And there will be a vegetable pot pie at some point. This meat free time has been really easy. Except when I totally forgot about Lent and took a bite of a hot dog before remembering. That was a good hot dog bite. 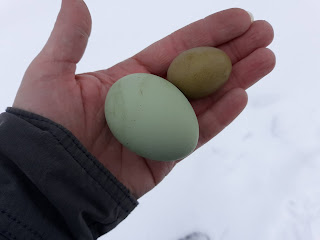 We got this adorable fairy egg a couple of days ago. 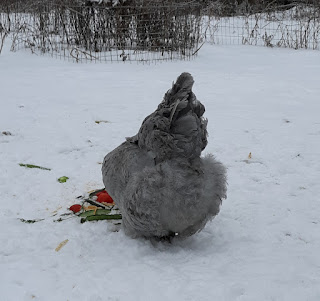 And this hennie's butt looks like a fluffy storm cloud. They are really enjoying all the veggie trimmings. 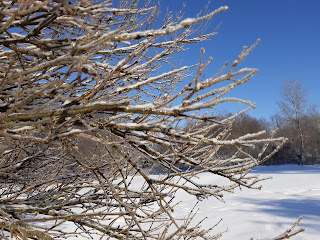 We had a really cold morning where it was so gorgeous outside. There were ice crystals on top of the snow and with the bright sun light the whole world looked like it was covered in sparkling glitter.  It was a stunner. 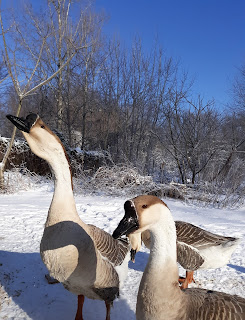 No eggs yet. Just loudly, loudly, going on about everything.  All the time. 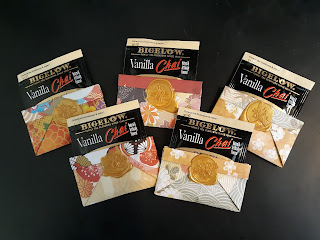 Covid sucks. I miss people. Friday night I made up a bunch of these little origami tea holders to mail to some lady friends I don't get to see often enough. They'll be in the mail tomorrow hopefully.
So, remember maybe the year before last I was having a terrible red fox problem? Then I put on my big girl pants and solved that problem? The clean skeleton has been in the garage for a year now in a bucket of leaf litter like a macabe 170+ piece puzzle. Last night I sorted out all of the bones and started them soaking in peroxide to whiten. The goal is something like this: 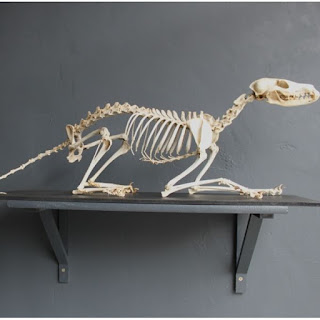 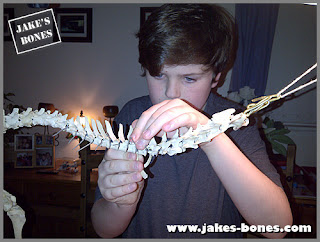 Guiding me in this process will be Jake of Jake's Bones with his series on fox articulation. This kid is awesome.  He stopped blogging awhile back but you can find him here.  Everything I have learned about this hobby is thanks to Jake, a 14 year old boy from Scotland.
Well, that's about all that's going on here. Let's end with a cat picture. 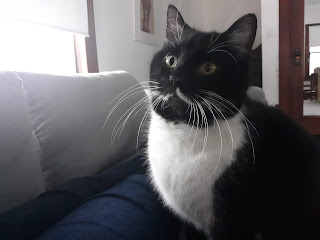 Posted by Cottontailfarm at 5:25 PM