Both of the kiddos are sick right now with croup.  The littlest one came down with it first and is on a prescription and now the oldest has developed the barking cough and wheezing as well.  He went to bed at 5 tonight, poor guy.  He'll be going to the doctor as soon as I can get him in tomorrow. 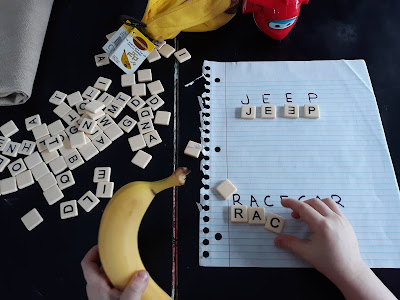 Obviously he didn't go to pre-school today so we did some makeshift lessons of our own using the Bananagrams game.  And because he missed out on the special "lunch box day" we had one here.  I made little bento box lunches for the littles and I.  We spread a blanket on the living room floor and had an indoor picnic. 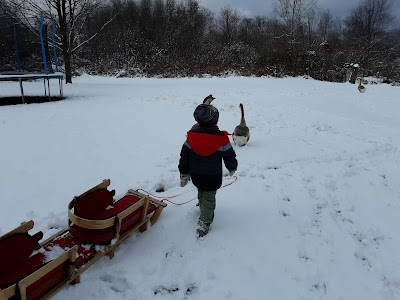 Because cold air is apparently doctor-recommended for croup, and because he was stir crazy, the oldest and I spent some time outside in the snow pulling around he sled, each of us pretending to be Max the dog that pulled the Grinch's sleigh. 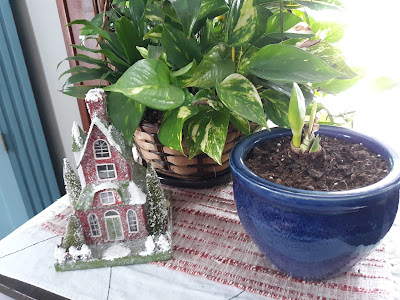 I've been starting to decorate for Christmas.  We are hosting family here this year and the kids are all excited.  So I want it to look nice like Christmas exploded in every corner of the house.  We'll get a tree this weekend. 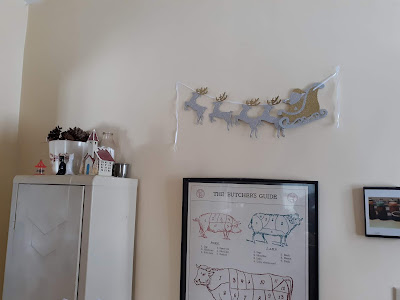 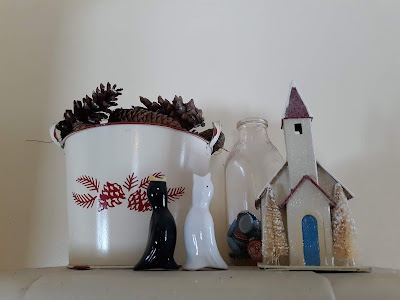 Here's the top of the pantry. 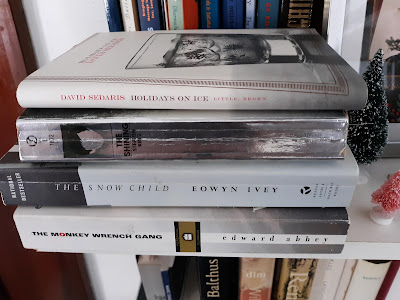 A stack of winter reading.  Who am I kidding?  I will only read Holidays on Ice  and The Shining. 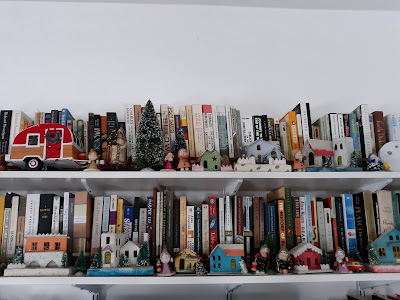 Elf village is in full swing.  Antique pine cone elves and paperboard houses are decorating the bookshelves and all of the windowsills. 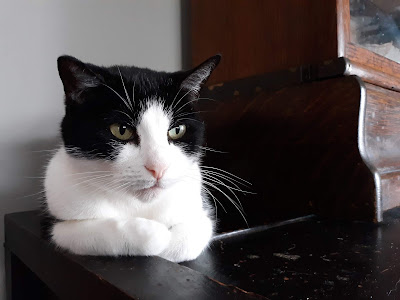 Bee looked on with boredom. 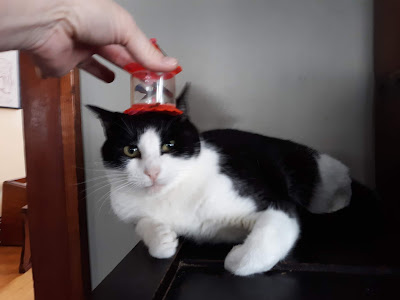 And objected to our attempts to decorate her.  Because: dignity and all that.

But this is how I found her this evening after both kids were in bed: 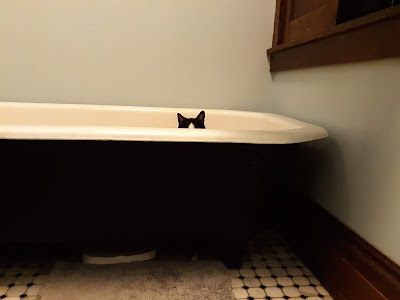 I have no idea what's going on here.  Possibly playing with a bath toy.  She's such a goof.

In other news the dishwasher got fixed.  The heating coil at the bottom was snapped in two.  It looked like it had been cut.  My husband ordered the part and we called our wonderful family repair guy at about 3:30 today.  By 5:30 he had not only come over after his day job but had installed the part and fixed the dishwasher.  Very worrisome is that he said he's never seen a heating coil snap like that and wondered if it was related to a power surge.  I do remember that around the time the dishwasher stopped working we did have a big wind storm and lost power for less than a minute.  Whether or not the dishwasher was running the drying cycle at the time I could not tell you but it seems a good possibility.  So now there's wiring to worry about but at least clean dishes! And wow, not having to hand wash three loads a day is a Christmas miracle.
Posted by Cottontailfarm at 9:27 PM